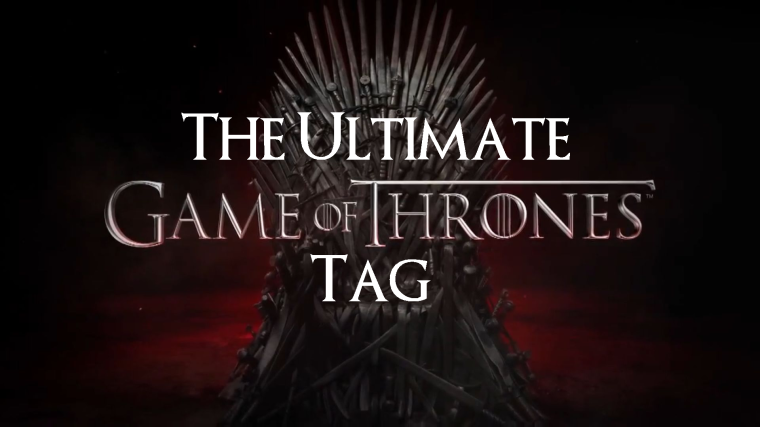 So anyone that knows me is probably aware that I am obsessed with Game of Thrones. Like so obsessed that I’ve been rewatching the first five seasons in preparation for season 6 coming out! (On April 24th- ahh it’s so soon!!!) No doubt when that happens you’ll probably hear me squealing all about the new episodes- but until then, I thought I’d create a Game of Thrones tag to help everyone get in the mood!

And yes- this is my first tag- so I sincerely hope this works and you all like it!

Without further ado, I bring you the Ultimate Game of Thrones Tag- in three parts! 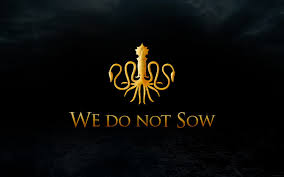 I had heard quite a lot of bad things before I read Fifty Shades of Grey, so I was definitely not willing to buy a copy. And once I borrowed a copy and read it, there was no way I was willing to spend a penny on the sequel!

“Fire and blood”- A book that produced strong emotions in you

Since Game of Thrones is a fantasy book, I think I ought to recommend The High Lord-it’s the last in Trudi Canavan’s Black Magician trilogy and oh-my-goodness- what an emotional rollercoaster this was! It had me squealing with delight one moment and sobbing the next! Even though the first one’s hard to get into, I highly recommend this series!!

Little Women– because it is ridiculously heart warming and has loads of lovely Christmasy scenes to make you feel in the mood for winter! 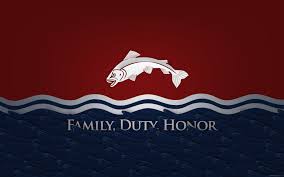 I just love the sisterly bonding in Pride and Prejudice. I feel like I don’t talk about it nearly enough!

This time I’m gonna go with The Young Elites, because I really wasn’t a huge fan of Marie Lu when I started reading it. Her Legend series had started out quite well for me, but by the end I felt like it fizzled out and I lost interest. But this book was pleasantly surprising- in more than one way!

“Ours is the fury”- A book that made you furious

Talon has pretty much everything I hate in a YA novel: the special snowflake trope, love triangles and insta romance. Add to that the fact that its silly, lazy lore ruined my favourite mythical creatures (dragons), and I was left fuming!

“Unbowed. Unbent.Unbroken.”- A book you have unwavering devotion to

That’s easily The Hobbit– because I will always be in love with this book more than anything.

Yes, I know that’s not technically the official words for the Lannisters- but I’ve always preferred the unofficial Lannister words. As for the book I feel indebted to, I’m gonna be super clichéd here and go with Harry Potter– because it was the first big book I ever read and inspired my love of reading. I’m forever indebted to it. 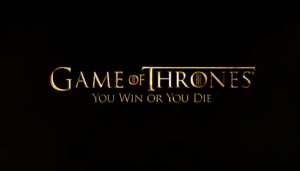 Who do you want to win Game of Thrones?

I’m gonna be a bit cheeky here and choose two people- Dany and Jon- either together or on their own. And I’d quite like to see Tyrion as Hand of the King too- although I think a happier ending for him would be for him to find someone nice and retire to  Casterly Rock. 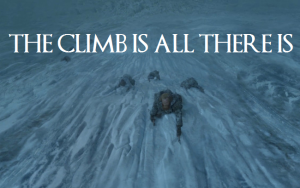 Okay, so I’m going to be really thorough with this one. Cersei’s gonna die, Jaime might live, Arya will live (this is in part wishful thinking, but also George R R Martin has promised that she’ll make it to the last book), Sansa will make it to the end, as will Bran and Rickon, Jon’s gonna make it since (*SPOILER*) he can’t die twice, lately I’ve been feeling like Dany is one of the main characters that will die (though it’ll kill me if she does!), Tyrions’s gonna make it (he has to!), Stannis will die, *all* the Freys will die (based on my illogical logic that people get what’s coming to them), Boltons will die (totally wishful thinking) and Littlefinger’s days are numbered. I have a feeling I was a bit liberal with letting all my favourite characters live there… Ah well, George R R Martin’s not gonna be as kind as I am.

Did I miss anyone out?

Part 3: My Game of Thrones

Would you win or die?

Die- let’s be honest, there’s no way I’d survive Westeros- I mean if the psychos with swords don’t get me within five minutes, there’s always greyscale and white walkers!

What house are you?

So let’s end this on a bit more of a fun note. I’m using this quiz (cos I love it- it’s got the most hilarious descriptions of houses) and the result I got was TARGARYEN- yayy!! This is what the quiz said about me: 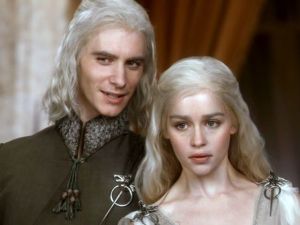 “You’re a little intense, aren’t you? You’re proud, confident, and bold, sometimes too much so – which is understandable, considering you have centuries of dragon-fueled monarchy in your family history. Just…listen to advice sometimes, OK? And keep an eye out for any mental instability, you may not have the, ahem, *healthiest* genetics.”

Alrighty then! I really enjoyed that- hope you liked it and let me know if you want me to create more tags in the future.

Kat @ Life and Other Disasters

56 thoughts on “The Ultimate Game of Thrones Tag”