Happy May Day!  (Is that today or tomorrow? Either way- hope you have a good one). Since even the weather seems to agree it’s spring today (it’s been a bit erratic lately) I think it’s the perfect time to do this tag! Thank you so much to The Bookish Underdog for tagging me to do it! I really enjoy her blog- so you should check it out!

In keeping with my (a bit obsessive) Shakespeare theme of late, I thought it would be fun (for me, if no one else :p ) to answer this all with just Shakespeare plays. 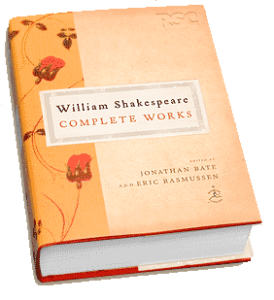 I mentioned this in my Shakespeare Awards– my least favourite is The Tempest– but very few people agree with me on that. I get it, I get it, the language is great- it’s just the plot and the concept that I don’t like at all.

That’s a hard one because even when Shakespeare is happy and comic, there’s always an edge to it. I think Twelfth Night is a lot of fun (unless you stop and think about Malvolio’s treatment in the play)

Well I think Shakespeare can be a little predictable, because the plots are so famous, so it’s a bit of a tough one to answer. For a play that’s unpredictable in a good way, I’d say Romeo and Juliet, because it’s designed as a comedy and then it gets flipped on its head. I’d say Measure for Measure is pretty unpredictable because the plot and the genre is a bit all over the place. It’s just plain weird. 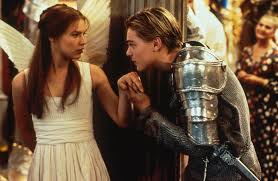 Well, King Lear is hard to get through because it’s so heavy.

Firstly- isn’t that sounding familiar to residents of the UK right now! I mean it was literally *snowing* the other day- AT THE END OF APRIL?!? (yes this is the second time in this post I’ve mentioned the weather- I’m a Brit- complaining about the climate is what we do best). As for my answer, I couldn’t finish (don’t hate me) was Henry IV part 2. I know it’s a really popular one, but I really wasn’t enjoying it. But the version I was watching is available on IPlayer again, so I’m trying to remedy this now! 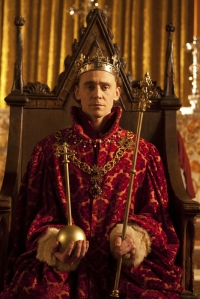 I still haven’t read/watched Much Ado About Nothing yet, but I have a copy of Kenneth Branagh’s version and I’ve heard it’s wonderful, so I’m really looking forward to it 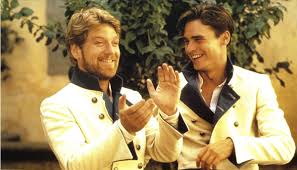 This is a super weird one to answer because I don’t always find Shakespearean characters that relatable (I mean, you’d probably be worried if I said I identified with Iago or Macbeth or Richard III!) So I’m going to flip the question on its head and say the one that makes me feel the most conflicted is The Merchant of Venice– everyone in it is horrible and not at all relatable- and yet it has one of the most empathetic speeches for a villain known to man (Hath not a Jew eyes…)

Does anyone ever feel that safe reading Shakespeare? It can be pretty unsettling and thought provoking, but rarely safe. I will tentatively go with Othello because I like the predictability of it and how Iago is written as a villain- he’s probably the least sympathetic villains ever written but he’s somewhat perfect because he’s straight up evil and one of the easiest villains to understand (in my opinion- many scholars will disagree with me on this- but I say that because the ability of envy to inspire hatred and spiral out of control is very common human phenomenon) 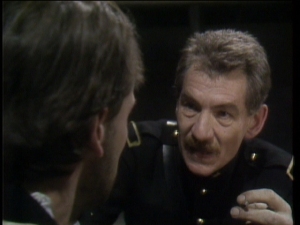 All of them! Okay, okay, that’s cheating- I’m going to go with Hamlet– I think that’s one of the more impressive ones, one of the most successful and one of the deepest in terms of meaning. In terms of Shakespeare’s other writing, an honorary mention goes out to My mistress’ eyes are nothing like the sun because in my opinion it’s the perfect example of a sonnet in that it sets up an idea only to flip it on its head in the last couplet- genius!

That’s hard because as I’ve said, I don’t think Shakespeare’s plays are ever that simple. And I also have a gap in knowledge of the comedies. So I’m going to tentatively go with Midsummer Night’s Dream

Hope you all enjoyed that! Do you all agree with my choices? Disagree? Let me know in the comments!

34 thoughts on “The ‘Spring has Sprung’ Book Tag”