Okay- my title sounds oddly political today, but I SWEAR that wasn’t deliberate- just a rather amusing coincidence that as Brits go to the polls, I am going on a rather bookish figurative romp around Britain… But I’m sure you’ve all had enough politics- let’s talk about what’s really important… books!

So why am I prattling on about books and Britain? Simple- because I’m participating in Marie’s awesome project: Souvenirs From Around the World, where we get to share some fun (and potentially bookish) blogs about our countries/hometowns AND share actual souvenirs as well. If you want to know more about this absolutely brilliant project click here!

Naturally, for my post, I had to talk about some of the best bookish locations in Britain! Some of these places I’ve been to and some are on my wishlist, but all of them are fabulous so let’s get to it!

Let’s start with Hardy’s Wessex. I did a tour of once and it’s one of the best things I’ve ever done- not just because that bit of Dorset is so pretty, but because I gained so much insight into Hardy’s life and the history of the region. It brought “Wessex” to life even more and really added to the books.

One of the best places I ever went when I was a child was Beatrix Potter’s House. I could have talked about so many different authors inspired by the Lake District- Wordsworth, Coleridge and many other Romantics besides- but I picked Beatrix Potter because I have a huge soft spot for her work. It just brings back so many nostalgic memories. 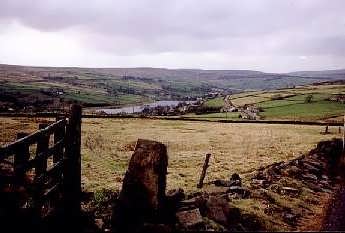 One thing I have always wanted to do but somehow never have is visit Bronte Country, partly cos I’m a Bronte fanatic and partly cos I love walks in the countryside (gosh this sounds like a dating ad)

Another thing I desperately want to do is go to Stratford Upon Avon– because I’m Shakespeare obsessed (obviously 😉 ). 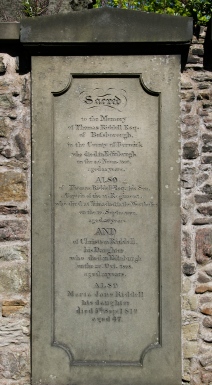 Let’s face it- there are a million and one things you can do in the UK that are Harry Potter related- you can hit up platform 9 ¾ at King’s Cross, or go to the Harry Potter Studios in Hertfordshire, or better still visit the birthplace of Harry Potter at the Elephant and Castle where J K Rowling wrote Harry Potter (and you should, it’s an excellent coffee shop)- but the real fun is trying to spot Tom Riddle’s gravestone in the Greyfriar’s Bobby Cemetery just next door. (NB When I lived in Scotland I used to go there all the time, just to say hi)

And while you’re visiting cemeteries (yes, I like hanging out with dead people, what of it?)- there are loads of old authors to see in Poet’s Corner, or my personal favourite… Highgate Cemetery. While admittedly they may not be alive, so many interesting people are buried there like George Eliot. Plus, it’s Victorian Gothic and therefore stunningly creepy. 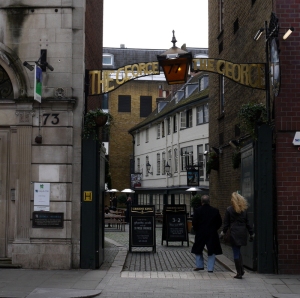 Now that we’re back in my hometown of London, I’d like to recommend a very well-known pub: The George’s Inn– I don’t think I need to explain this one much: it’s a very old pub that Shakespeare and Dickens frequented- and if you are there long enough- who knows?– you might think you’ve time travelled or something (although do try to drink responsibly 😉 ).

Speaking of which, I’ve heard the Sherlock Holmes Museum is really good at making you feel like you actually have stepped back in time. Although I can’t actually confirm this- I nearly went there twice– it’s just really hard to get in- I think you have to book in advance and I’ve never been good at that. One day though….

The Reading Room was once the heart of the British Museum Library- yet I probably shouldn’t include it on this list cos you can’t actually visit it right now. While you could go when it first opened to the public (which is when I went) it’s been used for a lot of exhibitions since then so you couldn’t view it in all its bookish glory, BUT there’s a debate on at the moment about its future use… so maybe this something to bear in mind… (*fingers crossed*). Until then, you can always go and visit the current British Library- which is yet another one I haven’t been to but I have heard is spectacular.

And lastly… bookshops! Of course there are a gazillion bookshops in London! I swear London has to be one of the bookshop-capitals of the world! There’s a huge Waterstones that claims to be the biggest bookshop in Europe, a million and one hole in the wall places scattered about, and some really old gems that have stood the test of time (Hatchards, Samuel French, countless ones at Charing Cross etc) And if you’re bored of all that- feel free to check out Forbidden Planet- the haven for all things geekdom. Naturally, as you can see, I have quite a few places to pick from for my souvenirs to send around the world…

So go and explore London! And explore the world with Marie’s awesome idea!

Let me know if you will be participating in the comments!