Hermione Granger Is A Racist 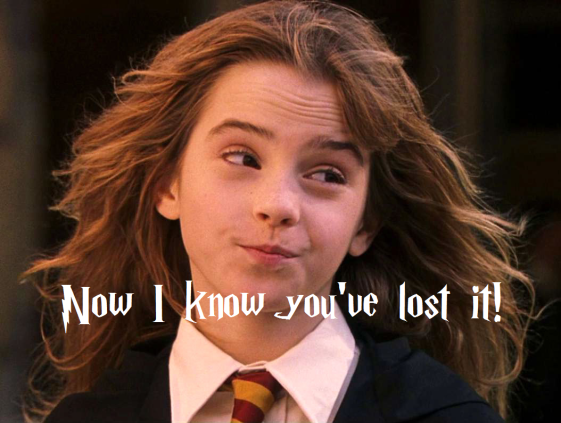 Well hello again! As you may know, in my last two posts, I’ve been “reading between the lines” of Harry Potter- and if you don’t know what I’m talking about you can catch up with part 1 and part 2 here and here. Today I’m going to fill you in on the last piece of the puzzle. Because now that we’ve confirmed that Voldemort (in the guise of Ron) is really the victim and Harry is the villain- what does that make Hermione? Well I’ll tell you: a racist. “How did I reach that conclusion?!” I hear you ask- allow me to explain!

One of these days you’re all gonna say I’ve gone too far with these satiric posts!

Now that I’ve successfully ruined Harry Potter for you all I’m going to go hide under a rock and hope that the Potterheads don’t get me! Any good tips on where to hide? Preferably somewhere in the Muggle realm- I don’t want to run into any pissed off wizards now that I’ve , ahem, revealed their heroes for who they really are…