So I’ve spoken at length before about things I hate in books- being badly written or moralising are definitely up there as the two most obvious things to put me off a book, but I have never spoken at length about one of my *biggest* pet peeves. And since I seem to have reviewed the quintessential pretentious book the other day, I figured now was a good time to discuss this.

Trouble is it’s hard to define, even if you know it when you see it. There are some clues that give a pretentious book away: they never have a plot, a fair number of the characters will be mouthpieces for the author,  and there will be lots and lots of authorial intrusion. Not that these taken individually are always bad things, yet if you find them all in the same place, you can often guess what kind of book it will be.

What creates a gulf between “deep” books and pretentious ones in my mind is that it is marked by “philosophising gone wrong”. Of course, it doesn’t need to be said that a book isn’t pretentious just because a book is discussing heavy issues or making complex conclusions (but obviously I’m saying it anyway, for clarification). I will hit a person over the head with my copy of Crime and Punishment if they dare say books should never be profound! BUT there are times when a nice philosophical debate nosedives into “what the hell” territory. The most obvious being when the author thinks it’s a good idea to start moralising- and while not all books that moralise are pretentious, you can bet that all pretentious books include moralising. 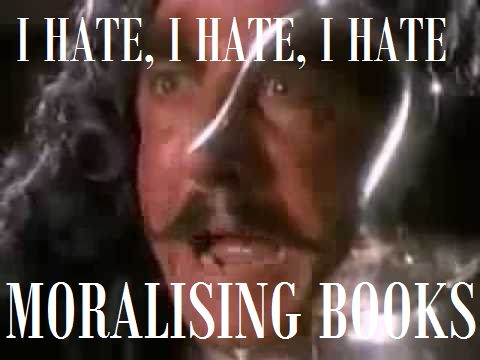 As many of you know by now, I *hate*moralising- when the author puts on a sanctimonious tone and starts imposing their irrelevant views on the story, I’m a goner. But pretentious books *always* take moralising to a new level. Because in pretentious books the author is always trying to bamboozle the reader with their (*ahem*) brilliant observations that obviously no one has ever heard before (sorry to disappoint, there are no new ideas, get over it). And one of their favourite ways to do this is to use deliberately obtuse language.

Now, obviously I’m not referring to beautiful language (I officially give you permission to get all dewy eyed over Fitzgerald or Keats etc). No, I’m talking about when you read a sentence and go “ye wot?” There is a huge difference between beauty and obscurity. I mean, in the words of Keats “Truth is beauty”- deceptive language is actually harmful to the soul rather than nourishing.

Really, what pretentious authors fail to note is that the smartest people disseminate their ideas in as clear ways as possible. Nietzsche, for instance, said incredibly complex things in the simplest of sentences. While his words, like “God is dead” give the illusion of simplicity of thought, they deliver a hammer blow to the psyche. A pretentious fool would use innumerable, over-complicated ways to deliver their message- often something that doesn’t even make sense anyway (*cough* As I Lay Dying *cough cough*).

Nor do intelligent people talk in circles. They get right to the point and do not waste time on the surface level details. A fool is bogged down by issues such as whether Romeo and Juliet is a tragedy or a comedy- which I can tell you from experience is not a subject that warrants an hour long discussion (it’s a tragedy with subversive comic elements at the start to temporarily mislead the viewer- see, nice and simple). At best you’ve wasted an hour of your time, at worst you’ve convinced yourself of a lie and reached some pretty daft conclusions (yes, I’ve met people that think Romeo and Juliet is a comedy now). 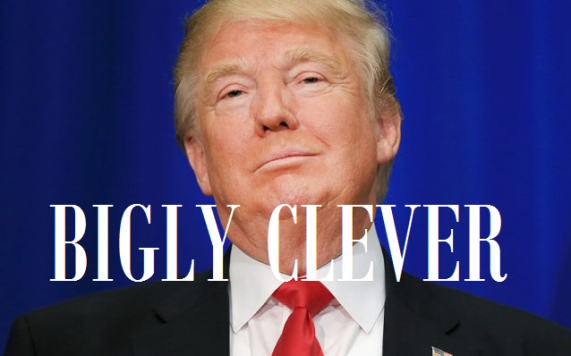 All of this serves a single purpose. By making the meaning obscure, talking nonsense and distancing the reader from the truth, the reader is unable to relate on an emotional level. And this “unrelatability” is the biggest tell-tale sign of pretentious literature. Somewhere along the way, the author forgot that the book was supposed to make you feel more than just confusion. Art is not supposed to be an author rummaging round for a few lost brain cells- it is a quest for the reader’s heart and soul. Evidently, this is a test that pretentious writers fail every time. They are the kind of authors that never leave the Shire, let alone make it back home again.

(Yes I just finished with a Lord of the Rings analogy)

So what about you? How do you feel about pretentious books? And what books do you think are an epic failure? Let me know in the comments!

71 thoughts on “What is wrong with pretentious books?”