Hello all! Hope you’re having a wonderful weekend! Inspired by Furiously Happy, I thought I’d do a post about some wackadoodle books. Plus tis the season and all that jazz- time for a little dose of pure joy! In no particular order…

Witches Abroad– I can’t not have a Pratchett on this list- and I’ve always found the witches stories the most bonkers of all the Discworld books (and that’s saying something). This one in particular is a satirical take on fairytales and is endlessly fun- so it’s a win all round! 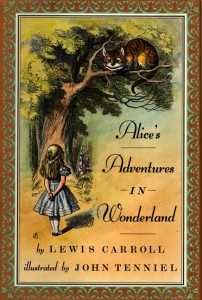 Alice in Wonderland– how could I have a list about wacky books without including this? And who doesn’t love this flawlessly mad classic? Do I even need a reason for including this? 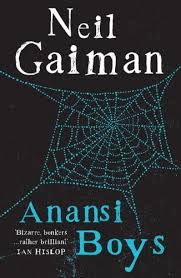 Anansi Boys– technically this comes after American Gods (although I read it first, because I’m a numpty that didn’t know that) so you should probably read that before this, but this is the one that made me fall head over heels for Gaiman’s work!! It’s wacky and funny and pretty ingenious- basically perfect for this list!

Charmed Life– moving over to the sweeter and less crazy of the books on the list, I reckon Diana Wynne Jones deserves a shout. I don’t think I talk about this author nearly enough, considering my love for her work growing up. Her books are always wonderfully original, quirky and full of eccentric characters, so are all worth picking up. Charmed Life in particular brought me endless joy as a child, so I had to mention it here. Speaking of childhood faves… 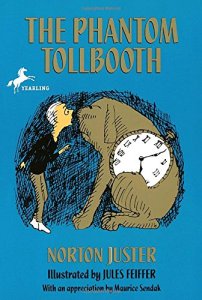 Phantom Tollbooth– I actually recently reread this one (thanks very much to the book voucher I found in a used book which inspired me to go into a Waterstones and nab a copy) and mannn I totally get why this blew me away when I was a little ‘un. Heck- it blew me away now! The story weaves in impossible directions and has such depth of imagination- there’s no doubt it’s a classic for a reason. 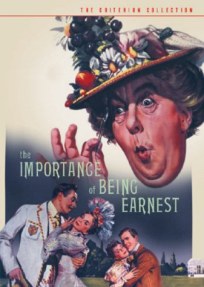 The Importance of Being Earnest– this is actually a *double* recommendation, because I not only recommend the hilariously witty play by Oscar Wilde, but I also highly suggest watching the 1952 movie version, because it’s basically one of the best adaptations of all time (not the modern version- it veers on the cringey side)

I, Partridge: We Need to Talk About Alan– okay, so this might seem like the most random recommendation on the list, because a lot of people won’t know this character or have any reason to pick it up- which is why this is also a double (possibly triple) recommendation. Because Alan Partridge is a fictional character, first appearing on screens in Knowing Me, Knowing You (a parody chat show) and then I’m Alan Partridge (a mockumentary after the fallout). If you like comedy, and especially if you’re a fan of the Office, then this is SO WORTH IT (plus, it actually came first and in my humble opinion is actually better). Now I do recommend all of that for serious book pleasure BUT this is still a FANTASTIC parody of celebrity biographies in its own right- so definitely read it!

So do you agree or disagree with any of the books on this list? Do you have any of your own to add? Let me know in the comments!