So I will admit, I wanted to skip last week’s discussion on viewpoints and go straight to this. Because even though it makes sense to cover viewpoints before going deeper into modes of narration (although ooh err you’ll probably notice I’m not covering every mode eg time, place etc 😉 ) this is by far a more interesting topic to me. Now I’m gonna be honest straight off the bat, I have a passionate dislike for stream of consciousness books, but I can’t deny that it’s an interesting phenomenon, which is why I’m excited to discuss it!

There are lots of ways to tell a story and the how can be one of the most interesting ways to enhance the voice (including unreliable narration). Stream of consciousness is a technique developed in the 20th century to show the flow of thoughts going on in a character’s mind. The term was coined by William James and is also known as “interior monologue”. It’s kinda the opposite of a dramatic monologue/soliloquy where the speaker addresses an audience (think Shakespeare). Ways you can identify stream of consciousness are by leaps in thought or lack of punctuation. Some of the most famous examples are Woolf, Joyce, Faulkner and Garcia Marquez. 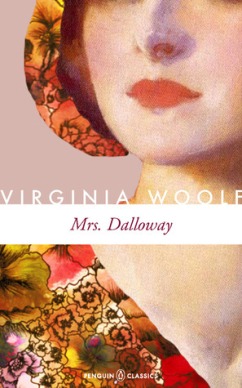 The aim of stream of consciousness is largely to show the flow of thoughts and feelings, reflecting the actual impression of being inside someone’s mind. Unlike where an author simply tells the reader what a character is thinking, stream of consciousness reflects the inner workings of a character’s thoughts in a way that authentically represents the fragmentary reality of thinking eg by jumping from one event to another and not necessarily following on in a logical manner.

Pros and Cons of Stream of Consciousness

Pros: Well, this certainly creates interesting and realistic psychological portraits of a character. And if you can get into it, it’s an intense experience. Especially as it can be used to really demonstrate individuality by making subtle changes from one character to another and showing the idiosyncrasies of one person’s thoughts close up.

Cons: However, it’s easy to get lost in a stream of consciousness narrative and, in my experience, is very hard to follow. As most people’s minds are a complete mess, you can imagine that being in someone’s head for an extended period of time can be quite the headache. It can also lack coherence and affect the structure, which, yeesh, like I said, not a fan.

Now as per usual, I like to set these pieces up in a dichotomous relationship, showing two opposing styles. I did have to give this one some thought, as I didn’t want to muddy the waters too much. But since I decided to talk about coherence and incoherence in this piece, I thought I might go with another mode of storytelling: exposition (the other four being: dialogue, thoughts, action and description). Edit: the basic definition is that it’s the author giving information to the reader (and can include authorial intrusion, info-dumping or just be integrated into the text).

As a form of contrast, exposition above all offers clarity. And while there isn’t a philosophy per se, exposition has been used since the dawn of time, or literature, to present information. I personally notice it in more Victorian novels and in ancient epics, where the reader is simply given information. Sometimes this can also be used as a flashback or flash-forward.

Pros: not only does this offer clarity, but it can also be a powerful and directive voice in a narrative. It can be used to show a great deal of control or to foreshadow later events.

Cons: oh boy, I don’t want to get into the show vs tell debate too much at this stage, but that’s certainly a factor to consider (not to spoil potential future posts too much, but I think there’s a time for both 😉 ) And one of the main issues here is that it stops readers from drawing their own conclusions.

What’s important to note is that neither of these techniques have to be employed for a whole book. It’s possible, for instance, to include some stream of consciousness without going the whole nine yards. And while I begrudgingly admit there’s a plus side to stream of consciousness novels, no matter how much I personally dislike them, I am happy to say that I like both of these styles in moderation. But if you’d like a whole book of either technique (though exposition tends to be paired with other styles) then whatever floats your boat is fine!

Other posts in this series:

Pared down vs Purple prose – Differences in Style #1

The art of Intertextuality vs Innovation – Differences in Style #2

*ALL the Viewpoints – Differences in Style #3

So do you like/dislike either of these styles? Or do you have a preference? Let me know in the comments!

66 thoughts on “Coherence vs incoherence – Differences in Style #4”