I’m back with another tag today- just cos I fancied talking (somewhat controversially) about some books I’ll never read! Thank you so much to the lovely Carrie @Cat On the Bookshelf– she’s really sweet and I highly recommend you check her out!

A Really Hyped Book You’re Not Interested in Reading?

Oh man, there’s a lot. There’s a couple of really hyped YA fantasy at the moment that I genuinely have no interest in reading. The reason I don’t care to pick up Everless is just simply that I’ve read a lot of books in that vein that I don’t feel the burning need to read them when I could read something else. And when it comes to John Green’s Turtles All the Way Down, I’ve just realised the writing style is not for me and so I don’t think I’ll ever pick up another of his books. Also, basically anything by Stephen King- I don’t like his writing style or subject matter. Plus I’ve DNF’d too many of his books to count and wasn’t moved by the only one I did finish.

A Series You Won’t Start/Won’t Be Finishing? 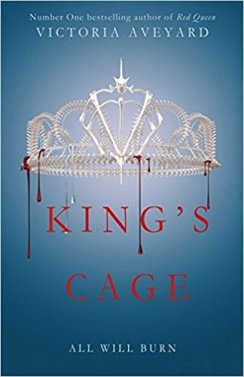 Okay, so I started out really enjoying Red Queen for what it was, but I really didn’t get anything out of book 2 and even though book 3 was an improvement, it didn’t convince me I needed to finish the series. I think feeling meh about a book is more difficult to get past than just plain hating it. And like I said, I’m not feeling this kind of YA fantasy book at the moment (you know the type, special snowflake mc, love triangles and a whole lot of whining).

730 pages of stream of consciousness? Yeah that’s not happening.

I might have to steal Cat’s answer because I’ve never read a western either.

A Book On Your Shelves You’ll Probably Never Actually Read?

Hehe I have two that sprang to mind, because I cleared out my TBR a while back and I knew that I shouldn’t leave these two on there, but the optimistic part of my brain thought “maybe someday”. First are my Virginia Woolf books, which I own physical and ebook copies of, but have never been able to finish. And the second is Satanic Verses, which I feel like I should read, even though I didn’t like Rushdie’s other book Midnight’s Children. Basically, as I said in my post yesterday, I hate stream of consciousness… so I don’t think it’s ever gonna happen for these.

Glad to get that all off my chest- I tag: Kelly, Lucinda, Ally, Marina, Jenna, Sam, Caro, Rose and anyone else who fancies it!

So what hyped book will you not read? Let me know in the comments!