So full disclosure: I never had a massive burning desire to read these books. I guess I warmed up to the idea cos I’m a Han completionist and was curious about Siobhan Vivian’s books. And as you might be able to tell from the title, it started out well… buuut went totally downhill

Let’s see how it all began first though…

Burn for Burn– I enjoyed Burn for Burn a lot more than I thought I would. The authors created some amazingly complex characters and an intriguing plot. I really appreciated the way the flashbacks built up a picture. However, at this stage in the series, I couldn’t understand why there was a supernatural element further into the book. It came across as a little weird, because it didn’t mesh well with the feel of the rest of the story. The ending was also a little spoilt by its Carrie like similarities. Still, it got me curious enough to keep reading. Overall, to my pleasant surprise, Burn for Burn was hot stuff. 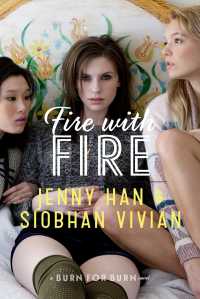 Fire with Fire– this had a great deal more hints of the paranormal elements than the first one. Even though this was my least favourite parts of the first, somehow it worked far better here and I was curious about where it was going. The atmosphere still wasn’t totally perfect for it, but I guess I find it easy to embrace the supernatural 😉 I did guess the twist- yet that wasn’t a bad thing. By this stage in this series, I definitely felt the books were *on fire*. 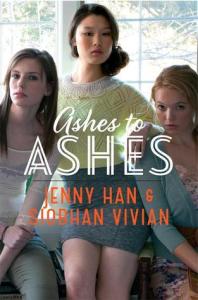 Ashes to Ashes– from the outset, I knew this was going to be darker than the others. I still couldn’t be quite sure whether that would be a good thing or not- since it hadn’t necessarily worked with its predecessors. However, I was willing to be open minded, as I’d made it this far into the series. Yet- it let me down again. Again, I felt it was all tonally wrong and didn’t blend the contemporary thriller vibe with the paranormal genre all that well. It did prod my sympathies, especially with regard to Lilia, but ugh, that wasn’t enough to save this book. Because I wish that was the worst of it- because honestly I haven’t been this disappointed in an ending for a long time. I could see the banana rating plummeting as I read it. So *spoiler alert* for people interested in reading this series, cos I’m going to vent for here on out. I HATED the fact that Reeve’s redemption arc was unfulfilled. I know that he did something terrible as a kid… however he really tried to make amends and suffered the whole way through the series. I just felt like he could have caught some break. It also didn’t help that I had *zero* sympathy for Mary by the end and kept thinking “what kind of justice is this?!” And in case that wasn’t bad enough, Lilia ended up with the wrong boy. Sorry, but Alex is a typical “nice guy” and I found it frustrating that I was supposed to sympathise with him there. Sure, she let him love her cos she was selfish and rich, but she grew over the course of the series and this decision kind of undermined that growth. She should have been able to let him go (and he shouldn’t have continued to insist that he was right for her despite her rejecting him). And this is a big deal because it just felt like Lilia was being punished by the author’s choice here. Punished for the person she was at the start and not for who she became. Worst of all, she had already undergone enough heartache throughout the course of the story and didn’t deserve that conclusion. ARGH it was so frustrating to have that be how the series came to a close!! It was like all the air being let out of a whoopee cushion. So much build up- such a letdown.