*All the spoiler warnings, cos I’m really gonna sink my teeth into this one… enjoy!* 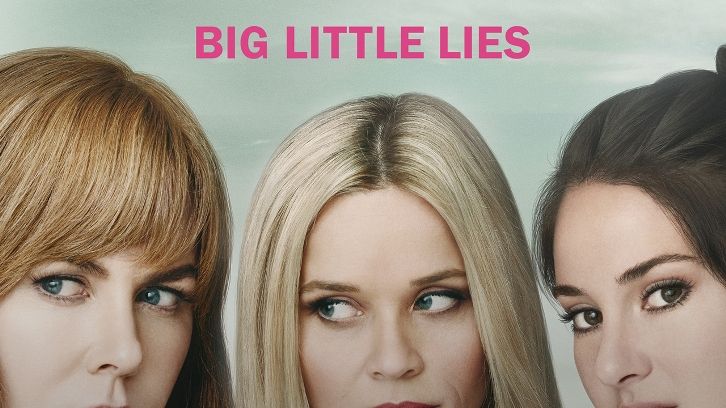 I made no secret of the fact I was MASSIVELY fond of the book Big Little Lies. So I knew it would be hard for any adaptation to live upto that. The problem I often find with loving something that much is that desire to nitpick an adaptation’s every flaw, even if it’s totally fine. That said, I don’t think I could deny how frustrated I was with this version. While it was a nice take, it simply didn’t bring the book to life for me. By transposing the story from a small town in Australia to glitzy American coastlines, it failed to capture the claustrophobic and intense feel of the original. More than that, it felt like the narrative had a distinctly Hollywood makeover. It no longer felt like a unique and different tale; rather it was boiled down to a generic TV drama. Though I think the cast did a magnificent job- so much so I almost didn’t regret the change of scene for the price of such excellent acting chops- ultimately the characters morphed into nothing more than Hollywood actresses. The spunky individuality of the heroines was lost and the personalities were gutted to make way for extra glamour.

The closest the adaptation came to reaching the original’s panache was with its interpretation of Madeline. However, there were still some decisions made for her story arc that I could only respond to with a big fat WHYYYY?! And the answer always seemed to be ***forced drama***. Of course, there were slight changes, like writing out Madeline’s son, which I didn’t totally object to, yet there were some aspects that basically butchered her role as a mother and a wife. For starters I HATED what they did to her mostly-functioning relationship with Ed. One of the best things about the book was that it showed a realistic, lovely (second) marriage. It didn’t present it as perfect- but I totally loved the way their personalities meshed and how they acted as a team. Book Ed himself was intuitive, worthwhile and one of the good guys- a fact that was so important for the ending when it reaffirms Madeline’s love for him. Here he’s a doormat to be cheated on. Yup- one of the big secrets is *they had an affair*- oohh big whoop, like we’ve never seen that one before. All the interesting parts of their marriage were gutted for this cheap, generic drama.

Unfortunately, this wasn’t the only relationship lost its complexity. Because of the affair takes centre stage, the mother-daughter relationship is forced out of the limelight. Abigail’s resolution is inserted earlier in the plot, so as not to detract from the *ahem* important stuff. To add insult to injury, Madeline’s focus on her child is sidestepped, since this whole subplot ends up centring on the fact she’s still in love with Nathan (umm why). Where in the book she still feels the sting of betrayal, it’s not like she puts their failed marriage on a pedestal and the fear she’s losing her daughter is the most important thing to her.

One of the best parts of the book was its focus on mummy drama- and this never quite translated into the show. There were some attempts to broaden the conversation, such as fleshing out Renata’s character, which I appreciated, but ultimately this ended up sending out the oh-so-empowering message that all women ought to fit into a certain mould. Gone was the tension of being a career mum vs a stay at home mum, because in this TV show, like everything Hollywood pumps out, the *correct* choice is career mum. Everyone just admires Renata and wants to emulate her life… which is a slap in the face to people who don’t make that decision. What I liked about the book was that it essentially showed that it didn’t denigrate either choice, while showing the friction between the two. Here, it felt like the sting was taken out of that clash far too early because heaven forbid there would be some tension between the female characters.

Don’t get me wrong- the female friendships were one of the best things in the book- and that was executed really well here. Even so, the showrunners couldn’t resist changing things. Instead of exploring Celeste’s misplaced shame and how she deliberately hides the abuse, this has to make her more open. This was important in the book, since it emphasised the idea that it could happen to anyone and no one really knows what a marriage is like behind closed doors. The secrecy was also a way for the narrative to show Celeste’s slow her slow realisation just how dangerous her marriage is. Some parts of this were still done really well- Perry was more controlling for one thing and Kidman did a fantastic job of portraying Celeste’s stress. Nonetheless, it wasn’t perfect and I felt it managed to make a mockery of the therapist (since Perry literally admits to her that he hits her… and she does nothing).

This was far from the most impactful change. Personally, I felt it was really powerful in the book that the reader had to wade through murky waters to find out what had happened to Jane. The book dealt with her shame, her gratitude for Ziggy and her trauma in a far more multifaceted way- especially since it was never clear if it could be classified as rape. That technicality was significant, since it addressed the fact that sometimes the lines between a crime and human suffering don’t always match up. It was a bold move for the book to deal with these grey areas and it showed how hard it was for Jane to recognise her pain in the midst of all that ambiguity. Her uncertainty added to her distress. Here, there was no such subtlety. With the usual desire to show women as strong all the damn time in TV, Jane is a far more certain, angry and put together character. She lacked the vulnerability and agreeableness of her bookish counterpart- so much so I didn’t see them as the same character at all. This sucked out the possibility for her growth and recovery- because, like Celeste, she doesn’t get to make these conclusions in the course of the show, she’s already there. Every part of the story is laid out, since Jane is far more open and so the intriguing Saxon Banks element is stripped in favour of a far more simplistic *I just want to confront this dodgy fellow* plot point.

Naturally, this ended up having a massive impact on the conclusion. The motivations were stretched thin and subplots (like the French nanny) were discarded altogether. To me, one of the most disappointing changes wasn’t that it was a collective effort to overcome Perry, it was that half the characters who should’ve been there weren’t on the balcony. However, the main problem was still with the characterisation. Like some of the other representations, Bonnie simply wasn’t Bonnie. This meant that the last scene didn’t have the right impact at all. The shift from the sickly sweet hippy to lioness defending her own never happens- so we don’t get to see how kickass this character actually is. It goes back to what I loved so much about the book: the characters were all so much larger than life, and yet so real. In this show, they were all squeezed into conventional types. Worst of all, they all became distinctly unlikeable. In the book it was such a balancing act to find the good in them and I eventually found every one of them sympathetic. Their hidden depths took me by surprise- whereas this adaptation did everything by the book.

Phew- I hope people will forgive this rant. It’s not that this is a terrible show by any stretch of the imagination. The production value was great, it was beautifully shot and the soundtrack was amazing. I was just aggrieved with the direction it took and it didn’t live do the book justice in the way I’d hoped- but as the final song in the note the show ended on says: you can’t always get what you want…

And yes, I went with the Rolling Stones version, cos the original is always the best 😉 Anyway, no banana rating since it’s hard to determine where this lies between its quality and my *feels*. But dare I ask- have you seen this? What did you think of it? Let me know in the comments!