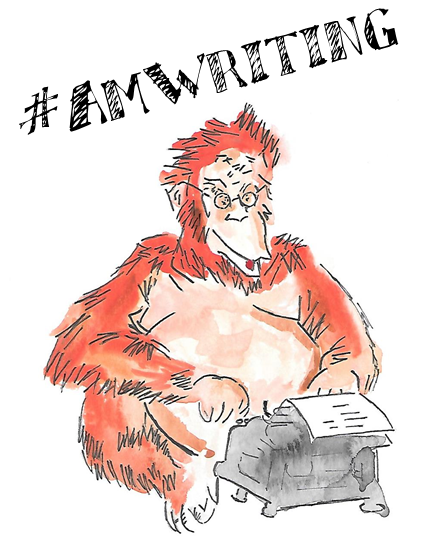 So, this year I was *supposed* to be using April’s Camp Nano to keep on top of my editing plans… and despite my workload doubling (haha what even is life anymore) I’ve somehow been edging closer to the end. Which has made me pretty reflective. Most notably, I’ve been thinking about the *terrifying prospect of shelving projects*.

No, I’m not shelving my current #overlyambitiousWIP, though I might put it on pause to deal with life stuff- but I figured as I’m in one of those typical writerly moods of what-am-I-even-doing? it was as good a time as any to get this off my chest. Frankly my thoughts on #overlyambitiousWIP often range from “I hope it’s okay?” to “arghhh what have I just done?!!?” (and that’s with censoring some of the *darker* “throw it on a bonfire” thoughts… although I guess I just told you 😉) Yet, even though 99% of the time I want to hide under my bed from that wicked writing beast, I do think there is a massive difference between general my-writing-sucks-anxiety and deciding to shelve a project.

Let’s go back in time, to when I was a wee monkey teen, and wrote my first novel… and then I wrote another… completing what I thought was going to be my #dreadedduology debut… E-x-c-e-p-t  that is a very misleading way to put it- cos I was never happy with that work and consequently didn’t think I’d ever be ready to send it off into the world (I just like the alliteration now 😉 ). I mean I edited them over and over and over again… yet something didn’t sit quite right. There were flaws *obviously*- because I was young and inexperienced (but also cos a lot of first books suck tbh and if they don’t I am in AWE).

And I’d like to say it was this that led me to put it aside. My perfectionist brain certainly wasn’t satisfied with what I’d produced- however ultimately there was another glaring issue that made me finally give up on ever feeling ready to query it or self-pub or beg friends to give it a go… it was that I lost the passion I had for it. And if I was no longer excited by it, how could I sell it to someone else? As painful as that realisation was, it was freeing to admit I’d fallen out of love with it and I felt like I had permission to let go of a project I just wasn’t feeling anymore.

Now, years on, I’m actually happy I didn’t share my earlier work. Because here’s the thing- even though a lot of us fret about the rush to publication before we reach adulthood, the reality is super young authors are outliers and there’s nothing wrong or strange or unusual about being a bit older in this space. And sometimes you’ll look back on your old work and think *phew, thank goodness that’s not floating out in the world*.

What I like to take away from all this is that it’s never a waste. Of course, there’s the fact that shelving a project isn’t necessarily forever, but more importantly, I learnt so much from the process. I feel like I should have figured this out earlier, cos I wrote a fairy telling just for practice/fun/to stretch my brain. Knowing I was never gonna share this novella not only made it easier to write in a slump, I also felt I had the freedom to make mistakes and get feedback on something I didn’t feel was my-heart-and-soul (let’s be real, we see most of our book babies that way). But somehow, it took shelving something to really take the pressure off. I realised there was a huge difference between my work then and my work now- and that the decision to abandon my old work marked a greater shift. It meant acknowledging a need to work harder, a desire to get better and at least enough self-awareness to admit when something is not *there* yet (which hopefully will help me improve!)

And thanks to that, I feel like there’s a light at the end of the tunnel when it comes to my writing. I know I can fail and try again; I see the difference between trying to push for something I don’t love and persevering with something I believe in. After all, when it comes to those moments of self-doubt, I like to think of something Stan Lee said: 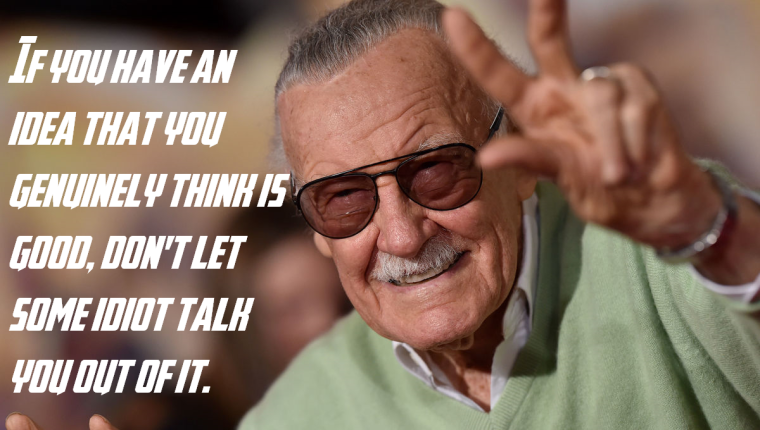 For that reason, no matter how long it takes, no matter how often I’m derailed, no matter how much I sometimes question it, I’ll keep striving to finish my #overlyambitiousWIP… until the next time I have a freakout and worry it’s not good enough 😉

Hope you didn’t mind a slightly more rambly post! Now I’m wondering have you ever shelved a project? Do you agree or disagree with me here? Let me know in the comments!