A few weeks ago, I saw something that has become the norm online: a famous author (who shall remain unnamed) saying why people shouldn’t write negative reviews. Now, not only is *criticising criticism pretty hypocritical*, it also comes across as someone with a fair amount of power trying to stifle conversation- and let’s just say I don’t approve. But going beyond this individual’s fame and success, there are a lot of people who hold similar views. Personally, I don’t have a problem with people choosing to only do positive reviews, but I think negative reviews get a bad rap. Sometimes I just think people don’t understand why people do them and assume motives that aren’t there. So, I thought I’d break down where I reckon these misconceptions are coming from:

Misconception #1: Critical reviewers are MEAN. Well, that could be true, who knows? 😉 Just kidding- I think this assumption is reading wayyy too much into things. Beyond the fact it’s probably not a good idea to psychoanalyse strangers on the internet, I also think that it’s not taking into consideration that people are different and there’s nothing wrong with that. Some reviewers are blunter than others, some are snarkier, some are funnier- because that’s their personality. Not to go all Big Five Personality on y’all, but (and I can’t believe I have to point this out) being more agreeable (for instance) doesn’t make you inherently a better person. For goodness sakes- you don’t have to like everyone’s way of doing things, yet I think we can all agree that how you review isn’t the next Great Moral Debate!

Misconception #2: We want to upset authors. Also known as the “reviews are meant to help you improve” idea. Ermmm no. Sorry to burst anyone’s bubble, but I’ve said it before and I’ll say it again: reviews are for READERS! That means whether the review is positive or negative, it’s not designed for the author. Frankly, I’m too shy to @ authors when I’m being entirely positive- but I definitely would never do that if I had even a smidge of criticism there.

Misconception #3: We’re hard to please… okay this one is totally possible. And I did see a really great video about critical reviews, which suggested there’s a possibility you’re reading the wrong books for you 😉 HOWEVER, while this could be true, most reviewers will have a mixed bag. I know I do. And the thing is, even positive reviews can hold criticism- which leads me onto…

Misconception #4: We don’t love books. Pahahaha- so because we don’t like your book, we can’t like any books?! I mean, this is just plain silly. Why dedicate hours and hours to a passion if we secretly don’t like it? Really though, this feeds into the idea that we can read *everything* *all the time*- which is daft. Encouraging people to read endlessly is preposterous. So much so that even positive reviews should point out the downsides- and vice versa. For instance, while some people are put off by slow books, I’ll be perfectly happy to give it a try. Even when I’m gushing, I don’t aim for mindless POSITIVITY- for me it’s primarily about getting people to be able to find the right book for them. Sure, this isn’t always possible, but it’s worth a try!

Misconception #5: Negative reviews are to stop you reading! Again, negative reviews are often pretty nuanced. They’re written to explain why someone may/may not want to read something; they’re not explicitly designed to deprive other people of pleasure. A great review helps readers make informed decisions (see above about not having the time to read everything ever written). BTW people who read reviews also aren’t braindead- *SHOCKER* readers are smart and can make up their own minds whether to trust the reviewer thank-you-very-much! As someone who watched and read reviews long before I got into doing it myself, I think it’s safe to say I know how to read a review without losing my sense of self. It’s quite possible to see a negative review and say “I’m going to read it anyway!” Which brings me onto… 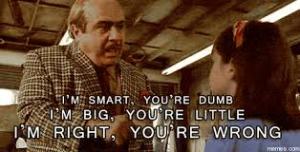 Misconception #6: We think WHAT WE SAY GOES! We’re not gods or always right (that’s why I did a post about how not to review). Reviews are biased, they’re not objective. You don’t have to listen to them all the time and you can come away thinking something completely different.

Misconception #7: We’re playing 4D chess… Cos right now there is this idea that you will get ALL THE VIEWS if you get a little snarky. While I don’t deny this can be the case for some people, I’d say I have the same stats on negative and positive pieces. Plus, this is a good opportunity to come full circle in the piece and say PEOPLE ARE A BIT MORE COMPLEX THAN THAT. You can’t just bottle up people’s reasons for doing things in simple “oh they’re just looking for attention” terms. I for one didn’t start my blog for just one reason (and I can tell you when I started attention wasn’t even a remote possibility on my radar). So I think it’s time to finish off my piece with some age old wisdom: 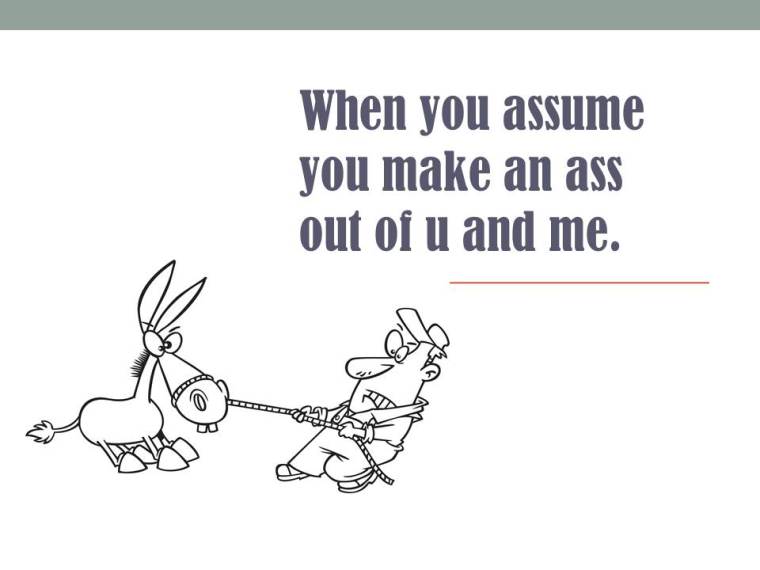 And with that I’d like to know what you think- do you reckon people have misconceptions about negative reviews? Or do you think any of these are spot on? Let me know in the comments!

101 thoughts on “Misconceptions of Negative Reviews”

Leave a Reply to La La in the Library Cancel reply