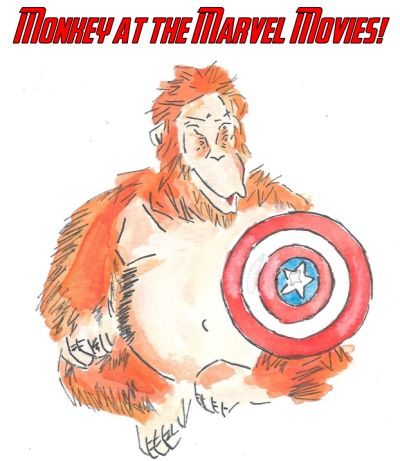 It’s finally here: my super-late, overlong, fangirly reviews for the last few movies in Marvel Phase 3! I reviewed all the other movies in Phase 3 back in March (and Phase 1 and Phase 2 before that). And now here we are *dun dun dunnn*. Get ready for some HOT TAKES and (possibly) *controversial* opinions… 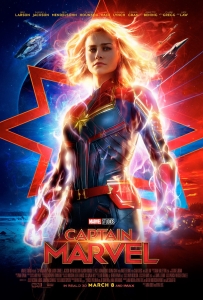 Captain Marvel– Okay definitely going to be *controversial* with this review, cos I didn’t like this movie at all. A lot of the criticism (and in turn praise) for this film has been its blatant political activism and similar complaints about the lead actress. Now, personally I think Bree’s a pretty good actress buuut she just wasn’t given anything interesting to do and the activism was definitely this movie’s downfall. It’s unquestionable that the agenda for this movie drove all the plot points- you can tell who the villain will be and who the goodies are just by playing the identity politics game (even if it doesn’t make any logical sense from the opening gambit, I just knew what the twist was gonna be). And of course, the main character is a woman so, by modern Hollywood standards, that means she’s a plank of wood with no personality and no weaknesses. Because of course. As a woman, I couldn’t be more bored of these bland non-characters, but who cares what I think, writing Mary Sues ticks the *strong independent woman who don’t need no man* box, so we should all stand up and applaud! Sorry, I know I’m getting salty- alas there just wasn’t anything I liked about this movie. And no, you don’t need to watch it to enjoy Endgame. It’s probably too late to spare anyone the snoozefest, but I can safely say you can ignore the marketing on that front. 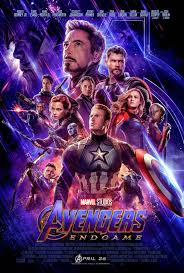 Avengers: Endgame– *spoilers*, of course, because this has been out for ages (also I have *a lot* of thoughts!) This was epic! And it felt like such a great send off for the original Avengers. From the powerful opening scenes, Endgame doesn’t pull any punches. We’re given a chance to feel brief elation and then snapped back to despair as we realise this hasn’t changed anything. For a while, we’re left stewing in that failure- which really sets the bleak tone and gives weight to everything our heroes consequently do. I love how this incredibly fantastical movie made me feel that there were true stakes at play. And that’s when we get our solution: time heist! Which allows for a super fun adventure to ensue. Of course, the emotional wheel doesn’t stop turning and there are still some tear-jerking moments to come. And while the structure of the film is unusual- relying heavily on everything that’s come before- I definitely felt the weight of every single decision. That’s the massive achievement of this film- it doesn’t just give you a rundown of the previous movies- it’s makes you invested in this last hurrah. The tension rises and rises, keeping you on the edge of your seat until the final act.

Now, having said the stakes were high, my personal preference would’ve been for Tony to risk his present timeline for the sake of the world- proving that he put the fate of the world above his own happiness and therefore experienced the greatest amount of growth… however I understand why the writers decided to table that idea in order not to have the whole story play out as “would you kill baby Thanos” (a question they answered well). And I thought that, ultimately, Iron Man’s ending made perfect sense. To me, it’s a massive part of his character that he wasn’t going to stop until it killed him- but I was glad that when he finally met his end it was for someone else’s sake.

I did also like the Cap’s ending- it was sweet and the best possible outcome for him. Black Widow’s though… ahhh!!! Sorry, lost for words. It was a heartwrenching scene and made the most of the character. Also, I’ve gotta admit, after seeing Captain Marvel I was *so relieved* it wasn’t just the Carol Danvers show. It would’ve been such uninspiring storytelling to have her just zap everything better- especially cos that would’ve taken away from all the original cast (plus, no amount of other characters saying “I like her” will make me magically like her). The new characters were incorporated brilliantly: I was ecstatic when Tchalla, Spidy and the rest came back; I was cheering them on when they were running the gauntlet and I loved the epic battle to the death!

Honestly, there was only one part of the movie I wasn’t happy with: Thor had become a shadow of his former self. And I don’t mean that he was pushed to the limit like the other characters. I mean, it felt like the writers decided they didn’t like his character much… so his entire arc consisted of gaining weight and making dad jokes. It was pretty unsatisfying and left a bad taste in my mouth if I’m honest.

Still, it was a genuinely funny movie at times, it packed so much in and it did a great job of paying off allll the creative work that had gone into this saga. Marvel really rewarded its fans for sticking with this super long serialised story. I for one was certainly glad of time I invested in the franchise. 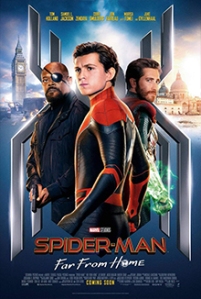 Spider Man: Far From Home– okay so you should probably all know I have a soft spot for Spidy, so I had to watch this. And it was a good time! It was laugh out loud, really enjoyable and it was the best movie to follow on from Endgame. Not just cos it had a lighter tone, but because it tied into Iron Man really well. I liked that this was a way to really let us feel his sacrifice again. One downside of this movie was that the twist was SO FRICKIN OBVIOUS. I mean, it was great that Peter Parker got to be smart in this movie- but gosh how could he be so dumb!! I guess you could play it off as him being a kid- which was done well to be fair. But yeah, that villain wasn’t in the slightest bit mysterious. Having said that, it was a fun movie, with cute moments (loved every scene with MJ!) and the ending was sweet. To be honest, I could’ve let the whole predictable element slide if not for those end credit scenes… The first one wasn’t so bad- it was just frustrating knowing we’re not going to get a Spider Man movie that actually pays it off. The second one I didn’t like at all though because I liked the role Nick Fury had in the movie (even if he had acted out of character). So yeah, kinda left feeling *irritated* knowing that Spidy is out of the MCU. I was entertained though, so…

Okay, these were on the most part positive viewing experiences… whichhhh is why it’ll probably come as a surprise that I’m pretty much done with Marvel movies. To be frank, I will always be interested in any Spider Man films and I want to see the last Guardians story play out, but I’m not enthused by most of the upcoming characters. Without Spider Man taking up the helm of Iron Man and with Captain Marvel poised to take on the leadership mantel and whatever role the wizard-or-whatever Dr Strange is playing, I can’t say I’m interested. Not to say that I don’t think other people will have fun with them (and I sincerely hope they make everyone that goes to see them very happy). But personally, I think Endgame is a great note on which to bow out.

So, have you seen these movies? Do you plan to? And what are your thoughts on future Marvel movies? Let me know in the comments!