It’s been a while since I talked about my TV habits– and to be honest that’s cos in the last 6 months, I’ve only watched 4 shows of note… which is why I’ll be recommending them all today. Seems like a good time to kick back and relax 😊 Let’s just jump into it! 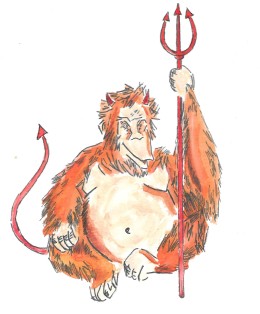 Lucifer– I watched the pilot a few years ago, but I wasn’t crazy about it… until I tried it again. Two episodes in and I was hooked! It was more fun than I’ve had in a long time with a TV show- it reminded me of old seasons of Supernatural. I mean, it’s a buddy cop show… with the devil! And if that puts you off, hold on! Because who doesn’t love a good redemption story? And who is a better candidate for that than the one and only Lucifer Morningstar. I absolutely adore the concept and the execution is perfect. The chemistry between Lucifer and Chloe is amazing. The first series was entertaining as hell, the second had a beautiful ending and the third had an incredible plot (though some of the stuff with Pierce was annoying). There was a death I never thought I’d mourn as well- but it really got to me! Plus, there was so much Gaiman, which I loved! Looking forward to catching the last two seasons on Netflix when I get the chance 🙂 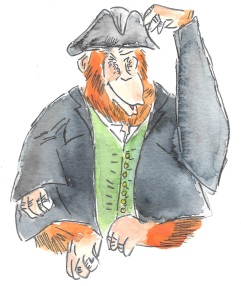 Poldark (season 5)– this is the kind of show where I legit cry at every episode. Now, I will admit this was an unusual season, because it wasn’t following the books anymore annnnd it wasn’t perfect. Gonna get a bit spoilery, so be warned. I for one wanted to see the finale tie into the plot that had been going on all season- perhaps have the end link up with the fact the villains had been involved in the slave trade and have their demise be tied into the abolition of slavery. Instead, that whole plotline was kind of irrelevant and it reverted back to the whole fighting France plot- which worked in some ways, it was just a shame it felt a bit old hat at this stage. The pacing wasn’t great either- since George’s madness kept hitting the on-off switch. Still, it was as emotional as ever and there were some real highlights to the season- especially with Caroline and Ennis. So, while I’d say the last season could’ve been better, I’d definitely recommend this series as a whole.

Keeping Faith– I loved this series. Focused on a mysterious disappearance that leaves a loving wife and mother in the lurch… and in increasing danger! It was emotional, moving, entertaining. The story builds and builds, until the dramatic finale. All the acting was amazing- even the children- who are often the weak link yet here shine with some of the best performances. The heroine is *the best*- a nuanced woman, which we rarely see on tv. She’s a mum, she’s accomplished and she’s unapologetically female. The landscape, scenery and atmosphere star as well- really showcasing the beauty of Wales. Many critics were surprised that this seemingly small Welsh thriller ended up being such a huge hit- especially since it was shared pretty much by word of mouth- but I think that’s why it did so well. There’s no frills, no funny business, just good old-fashioned storytelling- and there’s not much more you can ask than that.

His Dark Materials– this. is. the. perfect. adaptation. I’ve waited *forever* to see a good version of one of my all-time favourite fantasy series and THIS WAS IT!!! I am so grateful to finally get to watch this- so you’ll just have to forgive the gush!! I’m not actually someone who is hypercritical of the old adaption- though there were obvious things wrong with it if you’re a fan of the books. As Pullman said, there wasn’t enough room in that movie. Thankfully, the story is given space to breathe here and it’s glorious for it. There is so much to love about the BBC’s His Dark Materials. I adored so much of the casting- McAvoy is an *awesome* Asriel, Lin-Manuel Miranda brings swagger to the role of Lee, Ruth Wilson is chilling as Mrs Coulter and I think the new Lyra is incredible!! Just amazing!! I did like the old cast, but I am *so happy* with this one!! The graphics are beautiful as well! I also love the foreshadowing and crossover with The Subtle Knife– that’s a sharp touch I wouldn’t have thought they’d include. It seemed determined to make me cry every episode as well. I’m just completely buzzing about this!