Hello all! As you may know, I recently moved and that meant (among other things) rearranging my bookshelves. And, as the marvellous fellow blogger Michael wisely told me, nothing makes you feel at home quicker than filling up new shelves… so of course that’s what I did first 😉 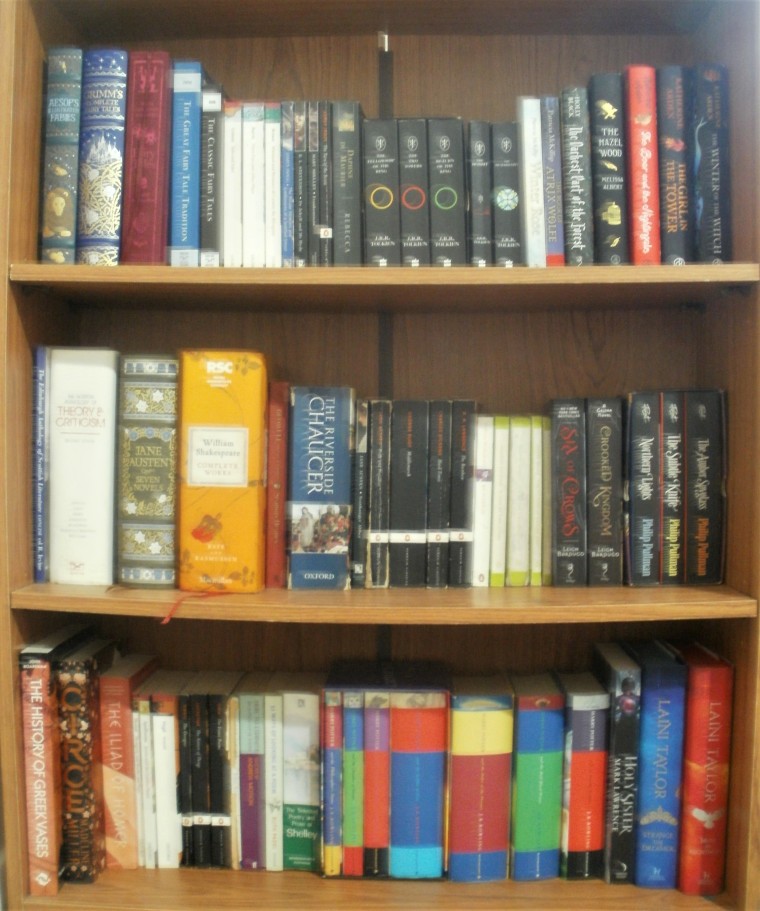 The first shelf is pretty straightforward- I started with fairy tale collections and then moved into retellings (including the McKillip, which I still haven’t read). Oh, and there’s some gothic in the middle, cos to my mind that’s a neat segue, which makes sense if you take into consideration that Hazel Wood counts as both… but not all that much sense 😉

Second shelf is all about English classics… well, until I went on a fantasy bend. Basically I thought His Dark Materials fits with the theme because it’s a twist on  Paradise Lost… but there’s no reason for Six of Crows being there… (maybe cos they’re both dark fantasy… who knows!)

Moving swiftly on, I finished off with my classics collection (yes, Circe  is sandwiched in next to the Iliad, cos it is just that good!) Then I had a bit of poetry, followed by my  Harry Potters and some more fantasy. Again, I can’t really see the logic either- so if you want to make something up in the comments, go right ahead 😉 (I guess Rowling is a classicist, so she did draw on mythology… but I’m really reaching here). 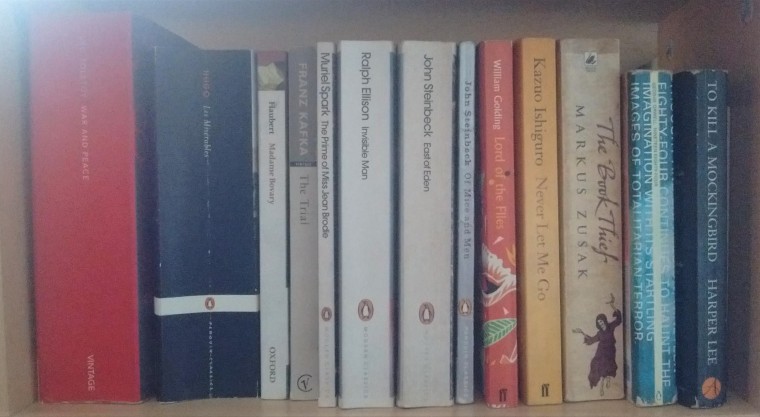 Annnd lastly, I had another random shelf of classics- these are the ones that don’t fit (both literally and figuratively) because who knows where to put Kafka?! 😉

Hope you enjoyed that odd little romp through my bookshelves! And if any of you have any better reasoning/can explain the inner working of my brain to me, let me know in the comments!