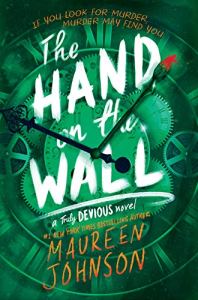 Ahh this book is such wasted potential! As the finale in the Truly Devious series, I had high hopes, but this fell short for me. Let’s investigate what went well and what went wrong. 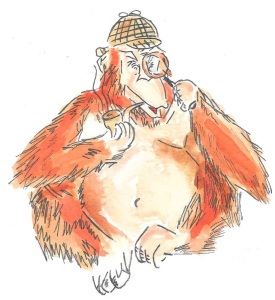 To be fair, this book does offer a satisfying solution to the three-book mystery and there were times when I wanted to high five the author. The Biblical reference of the title was a stroke of genius and I loved how it tied into the plot. And I enjoyed seeing Stevie and the gang again. I was also happy with how the romance turned out, even if it was unnecessarily drawn out and their arguments seemed a little circular.

So, what went wrong?

Well, for starters, there was a whole lot more politics in this book. It was barely noticeable in Truly Devious, started to get on my nerves in Vanishing Stair, yet it was so much worse here. The politics was ratcheted up to such insane levels that it distracted from the main plot- such that I was sure it had to have some baring on the main mystery… but nope- it was just an opportunity to bash Republicans. Plus, it didn’t help that Johnson went for extra woke points and threw the grammar rulebook out the window, using the third person pronoun incorrectly to create a nice muddling effect. Look, I’m never going to be a fan of inserting modern politics in books and I’m a massive fan of correct grammar, so I get it if you want to take my views with a pinch of salt- however it’s my view as a reader that unrelated subplots shouldn’t confuse the audience or take away that much of the limelight from the central story. Granted, not every detail of a narrative has to tie in to the overarching plot, but if you make a big enough deal out of something, then there had better be a damn good reason for it.

Funnily enough, I think an example of a subplot working well with a story was Stevie’s anxiety. Because, again, the tension was executed superbly. It’s just a shame the answers weren’t as exciting as I was hoping. I wasn’t tremendously wowed when I found out who the culprit was- in either case. It was nice to have answers and all, yet I felt the questions posed in previous instalments had been more interesting. The puzzle assembled itself into an acceptable picture, however the little pieces on their own didn’t thrill me: the cause of death for one particular victim was especially lame, the motive in both cases uninspiring and everything a little too neat. I hoped that the mention of a Christie novel would give us something spectacular… but the end result was far less interesting. I did like how the two timelines tied together- it’s just a shame there wasn’t more to it.

So, have you read this series? What did you think of it? Do you plan to? Let me know in the comments!

20 thoughts on “Facepalming at the Hand on the Wall”