Book Travelling Syndrome Definition: the art of getting so lost in your own story that plot, character and everything else is forgotten in favour of random adventures

Yes, I made the term up, and no, it’s not taking off. I feel like the response to this post could be very Mean Girls…

Whatever- it’s totally a thing. And I know it’s a thing, cos it’s something I’ve struggled with as a writer. So I’ve decided to compile a list breaking it down, into the good, the bad, and, well you get the idea- enjoy:

The Hobbit– Yup, even my beloved Hobbit has it, that’s why I got it into my head that this was a good idea in the first place (as I explained here). I won’t say I have no regrets about this cos it’s not always a great storytelling strategy. At least, most of the time, as we’ll come to see…

Neverending Story– again, this book tricked me your honour, cos sure it has “neverending” in the title, which would imply boredom, but this is *far* from boring. In fact, it’s one of the most entertaining books I’ve ever read. I owe it so much as a story- but also *shakes fist* curse you for filling my head with so many bad structuring mechanisms.

Eragon– really not the worst book on this list- but it does meander about a lot pointlessly.

Phantastes– it’s alright, but it has plenty of pointless meandering about and is quite forgettable.

Eye of the World– I’m sorry to disappoint fans of this book, but oh-my-gawd I was so bored with this! I think this was like a sledgehammer over the head that book travelling *doesn’t always work*- so I guess some thanks is in order, in a way. 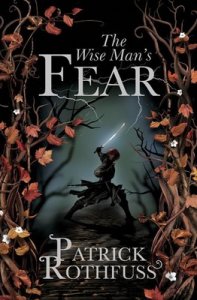 Wise Man’s Fear– one of the most disappointing sequels I have ever read. And one of the worst things about it was all the unnecessary different places (inevitably where Kvothe would pick up another skill, then be on his merry, ambling way).

Hope you enjoyed that very random post- my cold-smothered brain thought was a good idea… What books do you think suffer from book travelling syndrome? Let me know in the comments!