Hello all! I mentioned in my last post that Girl On A Train felt like it was missing something. Maybe it was the fact that the twists were a tad predictable, maybe it was because the characters weren’t great, but mostly I reckon it was cos the writing just fell a little flat. Half the time when I was reading it I just kept thinking “If it only had a soul…” And that got me thinking of other books that were missing something. So here is a Wizard-of-Oz-inspired list about books that could have done with a bit more oomph.

Apocalypse is up there as one of the weirdest books I have ever read- it’s circular and strange and full of a gazillion plot holes-it really someone with a brain to iron all the weirdness out. The Testing series was also phenomenally dumb, thanks to a really stupid (supposedly brilliant) main character. Also, like many dystopias, there’s no real reason given for society being as it is, other than some vague *disaster*. Let’s face it Fifty Shades of Grey had to be on this list- any book that could have a phrase “my inner goddess was doing the samba” definitely has to go in the brain dead category. And while we’re on the subject of silly books, sparkly vampires are completely daft. 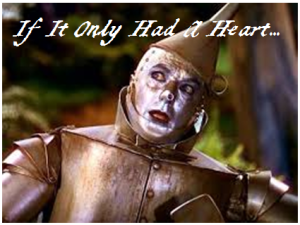 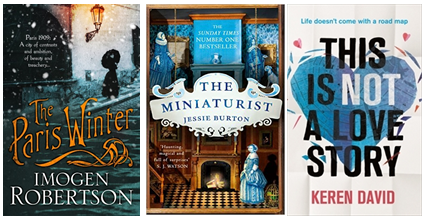 I mentioned before that Paris Winter left me cold, cos I just felt like there should have been more of a heart to the story. Recently, when I read the Miniaturist I felt the exact same way- I mean there was some heart to this book- but it didn’t involve the main character- which was kind of irritating. And as for This Is Not A Love Story– the clue is in the title!

Hard Times is probably my least favourite Dickens, cos it basically has a massive cop-out at the end. Dickens basically didn’t want to put his neck on the line and give some actual solutions for working class problems in 19th Century Britain- which is a shame, cos otherwise it would have been as stellar as his other work. I’ve also chosen Hit List for not having the courage to finish off the story with a bold ending. And let’s face it Alex Rider should have died in Scorpia– just sayin’.

Now I want to hear from you- which books do you feel had something missing? Let me know in the comments!