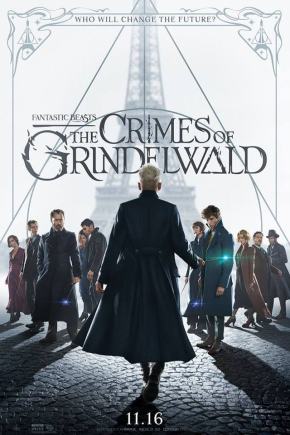 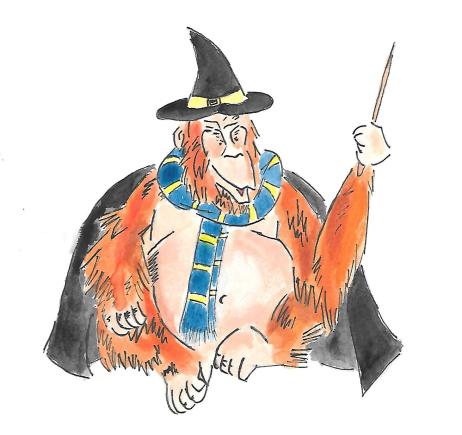 Well, look at me being late to the party as usual. By now, if you’re at all interested in Crimes of Grindelwald, you’ll probably be aware that a lot of people have been saying that this movie was a mess. They say it was poorly structured and pointless- and they’re totally, unequivocally, inarguably right- buuut… I was surprised to find I still enjoyed it. Perhaps this was fuelled by my nostalgia, perhaps it was because I had such low expectations going in- but honestly I think this film does have a fair number of qualities to make the viewing experience a good time:

Great story- ehh not so much…

I will freely admit that there were interesting parts to the story to keep me engaged- mostly stemming from the fact that the characters work well. This is particularly true of Leta Lestrange and Newt Scamander, who I love, and who demonstrate that not all heroes have to be sword-wielding Gryffindors (though a little more Ravenclaw love in these movies wouldn’t go amiss 😉). I also particularly liked the way Crimes of Grindelwald examined Leta’s view of herself as evil. And as someone that’s spent a long time asking for subtler villains, I can say I sort of got my wish… but more on that in a second. Cos before I go ahead and say anything else, I want to give this movie 3/5 bananas:

Now you have proof I didn’t hate this movie- let’s go ahead and see why it’s such a monstrous muddle. We can start where I left off: with the baddies. Once again, Rowling has embraced the Nazi metaphor- because no one else in history was evil like the Nazis. While the imagery is strong, I do think Rowling’s view of Nazis comes across as a little confused. There’s supposed to be this scary implication that Grindelwald’s followers hid behind “we’re better than that” slogans and were allegedly claiming to be pro-freedom. Problem is, Nazis were openly for state control and beating people up for being on the wrong side before they got into power. They also weren’t hiding their genocidal tendencies as people like to believe. So, no, people saying they’re pro-freedom is not code for Nazism and does not have the sinister undertones this implies. And while I’ve been begging for better villains, there is such a thing as being too subtle.

This is only a minor nitpicky issue though, particularly when taken with the fact that I do think the line “the greater good” is sufficiently shiver-inducing. What will be more troubling to general movie-goers is the way mystery and plot twists are handled. Holding this up against HP’s/Agatha Christie’s standard, it falls short. Largely because in those mysteries, the clues are such that everything can be worked out, even if it’s challenging to do so. Take the Sirius Black Easter eggs from chapter 1 of the Philosopher Stone. You get so many hints early in the series that tell you *exactly* where it’s going. It doesn’t mean you can work it out (like RAB) but that when it all comes together you have that OHHH moment (like Snape’s story). Here, the twists feel cheap, because there’s no way of knowing where it’s going before you get there. For instance, this plot point:

Leta’s brother is dead, we’re told he’s dead, except maybe he’s Credence… oh no way he’s definitely dead because Leta switched him with another random boy on the boat.

Nothing has actually changed in terms of the original information and we’ve got no clues as to who Credence is from that snippet and the audience *shrugs its shoulders*. When it is revealed that Credence is Aurelius Dumbledore, it feels even lousier. There are only two clues for this- that aren’t really clues at all: the talk of a phoenix earlier in the movie (which feels more like a movie tie-in) and Dumbledore talking about Credence needing a sibling (which only stands to reinforce the Credence Lestrange theory at that stage). These really just point to it not being a Grindelwald lie, rather than feeling like earned hints at a larger plot. More importantly, in my view, it contradicts existing canon- you know, where Dumby allegedly told Harry everything?! If this whole brother thing was so integral to that story, how come he never came up?! And couldn’t he have had a joke at Rita Skeeter’s expense, something along the lines of “that incompetent bint didn’t even know about my secret brother!” Ultimately, this feels like an inferior way to connect the two series and is something I will never be fully on board with. It’s such a curveball that I’ve found myself embracing ridiculous theories- not only to make sense of it but also cos these theories would at least make for an entertainingly bonkers story.

Speaking of ridiculous things that can only be made sense of with bad theories- WHAT THE HELL IS MCGONAGALL DOING IN THIS MOVIE!?!? And don’t try to say this is possible when a) it contradicts the fact that she says *in the books* she’s been teaching at Hogwarts 39 years. Now it doesn’t take a genius to calculate that HP was written in the 90s and that this is the 20s- so THIS DOESN’T ADD UP- GAH!) and b) they deliberately went to lengths to remove her age on Pottermore to cover up this error. The only theory that can make sense of this blunder is time turners- and we all know how well that works in HP fanfic *coughs* Cursed Child *coughs cough*. My personal opinion is that this is lazy retconning from Rowling- ie “McGonagall was over a hundred all along”. Naturally my response is ughhhh. This, together with making Dumbledore teach defence against the dark arts, is just a lazy addition that didn’t need to be there. Especially since it’s designed to make fans all fuzzy and warm inside… but will likely only succeed in driving us to *oblivate* this detail from our too-well-versed in Potterlore memories.

And, yes, this may seem petty, but the reason this is so frustrating is cos for the most part this film seems designed just for real fans. My sister didn’t know what was going on half the time and my mum gave up. I had to keep filling them in. And that’s with the confusion caused by *all of the above*. What’s ridiculous is that some of the deleted scenes can make sense of the story- eg how Credence came back, what Credence’s relationship with Nagini was etc. This is most likely due to the modern trend of trying to force movies to fit run time- regardless of content- and it’s such a huge mistake when it comes at the cost of coherent storytelling. The original opening was vital information- DON’T CUT IT! (cut one of the less important, rambly chase scenes or something)

Possibly *the worst* new addition, however, is the magical gizmo that means Dumby and Grindlewald can’t fight. The original version- and what JK implied- was that Dumbledore didn’t want to fight because he didn’t want to find out who killed Ariana. Plus had some conflicted feelings about it cos he used to be “friends” with Grindelwald. While this change can make sense of how Ariana was killed by accident, this doesn’t make up for the fact that this ruins a meaningful, moving element of the original series. Really, it doesn’t make sense to me to trample on what already existed in order to make this sub-par movie.

Forgive me if this review’s been all over the place- the truth is it’s hard to discuss a sloppy structure in a linear fashion. I hope there’s more rising action in this post than there was in the movie 😉 Again, I’d like to reiterate I had fun watching this, but that doesn’t mean I’m oblivious to its faults. And honestly it wouldn’t surprise me if this series is dead in the water.

So- dare I ask- what did you think of this film? Do you agree with any of my points or am I being a bit harsh? Let me know in the comments!