Don’t worry, for all of you who are afraid of more Game of Thrones rants, I’m pressing the big PAUSE button on that! Instead, I wanted to talk about some shows I’ve watched in the last few months that I actually liked. Now, it takes quite a bit for me to finish a series/continue watching a programme these days (I’m a serial TV show quitter) so it’s no surprise that what I did finish got *all the bananas* from me! Starting with… 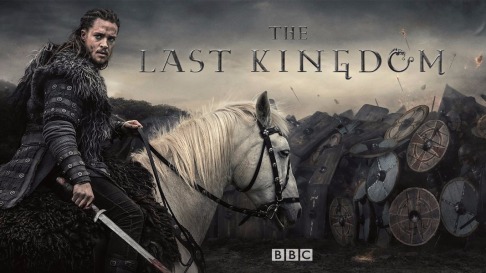 The Last Kingdom (Series 3)– once again, I am half monkey, half Dane! It’s no secret after my post last year how much I FRICKIN LOVE THIS SHOW! It is an excellent example of an adaptation done well. Still, I managed to forget how much this packs in. The story is both eventful and emotional and just keeps getting better and better! Certain promises from the writer in earlier seasons (though not all) are delivered with fatal blows. *This* is exactly how you give the audience what they want; this is the best example of set up and payoff in TV right now. It was even more twisty and exciting than the first two series- and that’s saying something, given how much I loved those too! Once again, the characters are amazing and worth getting invested in. I especially love that Uhtred doesn’t always do the right thing- he’s smart, but impulsive, and he often pays the price for that. It does wrap things up rather well, implying there wasn’t going to be another series- but luckily for us, it’s been renewed and there is plenty of room to continue. Forgive my boundless enthusiasm, but this is the kind of show that makes me squee every time! The only *frankly appalling* thing about the Last Kingdom is that every season comes to an end and I WANT MORE. No doubt I’ll be renewing my Netflix subscription just in time for season 4 😉 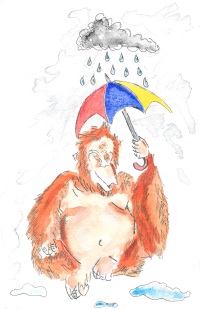 Umbrella Academy (Series 1)– this was one hell of a wacky, fun, bonkers ride- and I loved every minute of it! I don’t even know where to start with this show. The moment I knew I *had to* watch this series was when I saw the dance like no one is watching clip on Youtube. It so aptly sums up what makes this show so bloody marvellous- the humour, the poignant emotion and the characters. My goodness- the characters! They are so fabulously original and I think everyone can find someone to root for here- my favourites were poor old Klaus and dubious Diego. Oh and 5 is awesome!  From the hilarious script, to the brilliant soundtrack and world-ending plot- this is definitely one of Netflix’s best new additions. Definitely worth checking out if you like superheroes/are looking for something a little bit very different. 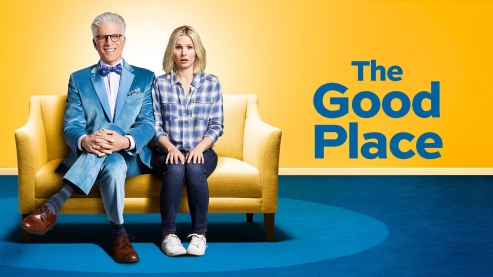 The Good Place (Series 3)– this is another show I’ve mentioned on my blog before. I discovered it through Kat’s amazing blog and I REGRET NOTHING. I will freely admit it’s not as good as the first season, or even the second, but it is always worth a watch regardless. Super thought-provoking and funny, this is one of those rare shows *everyone* (and I do mean EVERYONE) can get something out of- and I don’t say that lightly. I’ve seen people of all different backgrounds and beliefs coming together over this philosophical sit com- and that is quite the testament to what a work of genius it is. I’m also incredibly proud of myself because I figured out the twist for this season 😉

Angel (Series 1-2)– this might come as a bit of a *shocker* but I haven’t actually seen this before- despite rewatching Buffy many times. I know, I know, I should’ve given it a chance sooner, but I never cared much for the character of Angel or had much interest in the (seemingly) minor ways it linked up with Buffy. Well, I stand completely corrected. This show is great! It ended up being super emotional, action-packed and with fab characters! All those people you think “eh what do I care about them?” after they leave Sunnydale, suddenly get a new lease of life in LA. I really liked the evil law firm as Big Bad as well (and the minor antagonists along the way totally work!). I’m glad I finally watched this and look forward to sinking my teeth into series three! 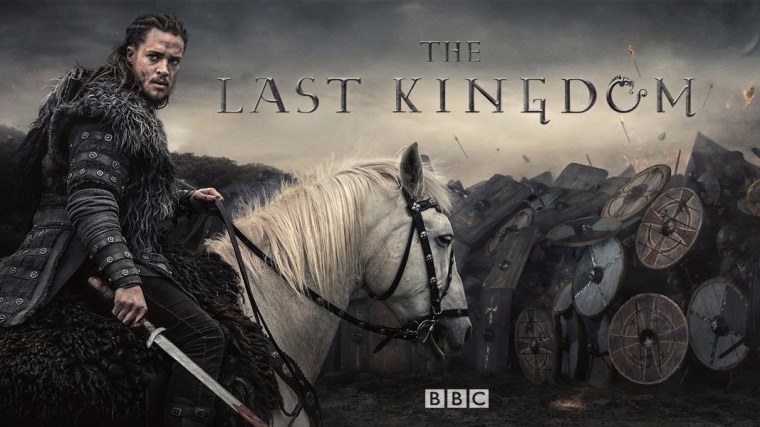 So I’m feeling some resentment towards this series at the moment. I mean, it basically took over my life so I *had to* binge watch it, made me preoccupied when I wasn’t watching it and then had the audacity to end?! (well, I ran out of episodes) I’ve been bereft since I finished! Really, it was TOO GOOD. I’ve not been able to watch TV properly since I finished it a few weeks ago (no joke!) And with the time I haven’t been watching the show- in typical bookworm fashion– I’ve been reading the books (I’m already upto number 4 and loving it!) I just can’t get it out my head! Ach, I love it so much, too much. But- you might ask- why do I love it?

Well, I’m glad you asked 😉 It’s simple really: I love a damn good story. Each episode/chapter is action-packed and also manages to build up to a dramatic crescendo. Meaning, I didn’t have to wait forever for something to payoff, while there’s always the promise of bigger, better things to come. My heart was in my mouth the whole time I was watching it- there was tumultuous relationships, tender friendships, brilliant fight scenes, and pain that was all too REAL. Simultaneously agonising and cathartic, it crushed me and rebuilt my hopes over and over. I felt so alive with it that it made me want to go out and have adventures of my own– and you can’t give a series a better compliment 😉 In short, it was EPIC.

It was also stunningly shot. I know it’s nots big budget, but I don’t think that’s always necessary to do a story justice. And there was something authentic in this– it felt super gritty. This may sound like a weird thing to mention, but one thing my mum used to complain about with BBC productions is how often they have clean faces- they go to all the trouble of getting the costumes right and then make everyone spotlessly clean, even poor people super clean (even though in the book it mentions how royalty bathe once a month). I know historical cleanliness is something that’s up for debate- but having people who’ve been fighting or farming be somewhat grubby makes this feel more realistic to me.

For all this, the show still has a very lively spirit and this is thanks to… the main character. Oh my goodness, Uhtred is a fantastic hero. Funny, clever, slightly immature, arrogant as heck, all heart, but strong as a blade- he’s pretty hard not to love. One thing I did notice is how the book and TV show highlight different aspects of his personality, though all of the ingredients are the same. In the book, he’s more head than heart- and I did like seeing him being more calculating and particular successes being more down to cunning. However, I feel like this was swapped out for a tad more joie de vivre and so there was something ineffably charming about the TV iteration. There were also some other necessary for TV changes- like ageing him up faster- but again I feel like they played with this by making him younger in mind rather than physically showing it.

On top of that, there were so many interesting side characters and the show certainly played around with them. In particular, I found myself intrigued by King Alfred, both ally and on-and-off antagonist. He’s one of those weirdly complex individuals who I both dislike and respect at the same time. Some characters did feel superfluous earlier on, but the best ones always get intriguing storylines, which adds a little more depth.

Something else I loved, in both versions, is how the story explores the meeting of Saxon and Dane cultures. I believe (from what little I know of the period) that there eventually was cohabiting and intermarriage between the cultures- and I do like how the show allows this to develop organically. Plus, I think the depictions of *world’s colliding* is brilliantly done. Obviously, Christianity is in the ascendancy in the story, though that clash between the old gods and the new is still a consistent cause of tension. And one of the best ways this is done is through Uhtred’s inner conflict about being a Saxon vs being a Dane. This struggle then ripples out to the how others interact with him and how he moves within the world. I appreciated how subtly this is tackled- both in the book and the show- so it simmers in the background, infrequently boiling over and yet never fully flooding the other aspects of the plot.

Likewise, I liked how this tied into historical events (what little I know of them anyway), without being overpowering. The music and setting go a long way to creating a convincing atmosphere for this peculiar, fascinating, lost world. I know it’s filmed abroad, still it feels like a lost corner of England, if that place had been frozen in time.

What is most amazing about The Last Kingdom was that when I finished my first question was “why don’t we learn more about the Saxons/Vikings in British schools?” And then, with some fateful research, I read online that this was what had inspired the author. Now, call me crazy, but when an author actually manages to light the same fuse in its audience with their book, I think it’s pretty special. Any story that manages to get across its exact premise is a success to me. And this most definitely fed my hunger for history. It’s like the creator passed over the torch to the showrunners, and they passed it over to me (and hopefully other viewers).

I personally am very happy I watched the TV show first– I felt it conveyed the atmosphere brilliantly and I had *so much* fun with it. While I liked the books- they are written with plenty of clarity, are funny at times and Cornwell has a strong voice- I did find they are foreshadowing heavy (which is fine, I often like that, but in the case of spoilers, I liked going into the show fresh and unaware where the plot was headed). Either way, I believe the two exist very well as separate entities and stand on their own just fine.

I can safely say the show will go into my very selective hall of *favourite shows*. I am absolutely enthralled by this story and think it’s a MUST WATCH. And yes, I am saying this so that more people watch it (it’s on Netflix! Go now! #nonspon). While they’ve commissioned season 3 (*mush mush*) I need this show in my life for longer! Or I will make like a Dane and get an axe… *ahem* in case you can’t guess, I kinda want to to BE a Viking warrior now… 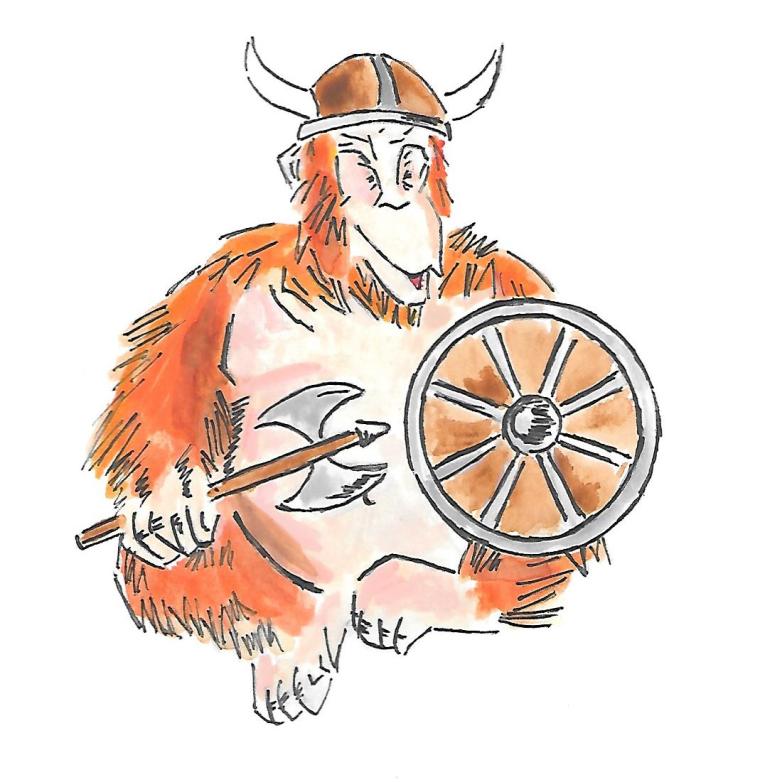 Okay, I will admit, I got a little carried away in that last paragraph- but can anyone blame me? This show is awesome! Have any of you seen it? What do you think about it? Do you plan to watch it? Let me know in the comments!