Many of you probably know how much I loved the Hazel Wood (and if you didn’t, here’s your daily reminder 😉) which is why I was nervously excited to read its sequel. Fortunately, while the first worked well as a standalone, there was much to appreciate about this second instalment.

Re-entering Alice’s world, the subtle opening worked its magic on me. Slowly it built up the mystery, hiding more stories within stories, and expanding into new territory. More than ever, Albert demonstrated that this isn’t just inspired by fairy tales, giving us that gothic touch that I admired so much in the original.

Best of all, the characters were still raw and real. The new characters were welcome additions, but I had felt there was room for growth for the two main leads- and that’s what we got here. I especially liked where the story took Ellery Finch. And I felt Alice, with some of her sharp edges blunted, felt more relatable to me here. In many ways, she was just a girl, out of place, trying to find her way, giving this a stronger coming of age element.

As with her debut, Albert’s writing talent shined through. There were so many stunning sentences and beautifully balanced images. Images that blew me away at times. And many, many ingenious references.

Now, despite masterful craft employed here, I have to admit that large parts of this weren’t as compelling as the first. Much of the structure felt meandering and formless. Personally, I felt it could have benefited from a tighter plot. I found I fell out the story somewhere in the middle…

…though luckily I was captured again by the end. Because when this book had me, it had me. Keeping me up well into the dark hours of the night, I found I was hooked by the mind-blowing and meta finale. All the threads that had spun out in the narrative drew together in a satisfying conclusion. Without delving into spoilers, I can safely say it delivered something special. Sure, it wasn’t perfect- but for all its flaws I was still left one satisfied monkey:

So, if you’re already a fan of the Hazel Wood, I think this is worth your time. And if you haven’t read the first one yet- then what are you waiting for?! Go ahead and read it!

Also I have to include this, cos *PRETTY*, just look at this UK edition: 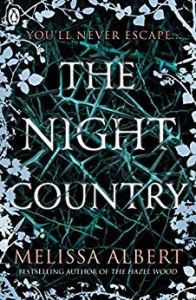 How gorgeous? Which edition do you prefer? Cos I can’t choose between them! And have you read this? Do you plan to? Let me know in the comments!

I mentioned last week that I had a few ARC reviews coming and in case you didn’t know, I loved them all. However, even though I gave the other two all the bananas, this book was basically a glorious banana cake of awesome (that’s monkey speak for “I saved the best till last!”). Now, when I first saw this book it was pretty much love at first sight- because just look at that cover!!! And most of the reviews were super positive as well… and then came all the negative reviews. I have to say they dampened my enthusiasm somewhat- and THANK GOODNESS FOR THAT. My expectations being much lower ended up making this all the more rewarding. Then again, nothing about this book is to be expected.

I will admit straightaway that I get why people some people don’t like this– the way the story’s told, the style and the structure are bound to be hit or miss. BUT one thing I’ve learnt over the years is that the most divisive books are usually the most brilliant. They’re the books that, when they work for me, make the biggest impact- and boy did this book work for me.

From the my first tentative steps into the world of this novel, I knew I was in for quite the journey. The writing made me shivery with glee. It’s probably a good thing that this was an ARC because otherwise I’d have clogged up this review with quotes- heck, judging by how highlighted my kindle version is, I’d basically be uploading the entire book. I wrote tons of notes as well, which can all be summarised: wow, this lady can write! I was endlessly impressed with the unsettling tone, the trickery of the luxurious language and the underlying genius of the ideas.

One thing I noticed, quite quickly, was that Hazel Wood is a bit of a genre straddler. I wouldn’t personally classify this as magical realism (though I’ve heard a few people labelling it as such)- to do so would be to miss the large signposts to all the great gothic and fairy tale traditions at every terrific twist and turn. Now, a lot of people know that gothic books and fairy tales are two of my *absolute favourite* genres. Since this book *put those hands together* (so to speak) I couldn’t have been a happier monkey to find how well this worked. It reminded me so much of the finest works in both genres. Rather wonderfully, this tied in with its theme of falling in love with a story. I couldn’t help but be reminded of personal favourites- especially as they were referenced so well. To say this was rooted in literary references would be an understatement. It tunnelled down into the collective psyche of some of the world’s oldest stories.

The basic plot was simple and yet highly effective: it is a story of taking a trip into the woods, losing yourself and then having to discover a way out. I love tramping through Mirkwood-esque settings and uncovering uncanny secrets- and Hazel Wood was remarkably good at capturing that unsettling feeling that more was going on under the surface. Indeed, there were hints at psychological themes lurking. With a steady build up, the narrative crept towards a crescendo where everything began to make sense (and also raised tons of questions 😉 ).

The world of the book felt like a dreamscape and much of the messaging felt like an allegory for mental health and real world trauma. And that right there was another of the reasons I was often jumping up and down saying This. Is. Such. A. Good. Book. Because, much like the grandmother in the story, who is the author of a fairy tale collection, is described as being like a “war reporter”, this narrative brought brutal truths. The harshness of the main character’s life delivered a slice of reality to go with the story’s unreality; the unnerving creations had me wondering what was real in the book at all. Much of the messaging felt like a code for something deeper. Like I said, this was no ordinary book.

A significant way the book achieves a sense of raw realism was through the family relationships. They’re not cookie cutter and they’re not always monstrous- they felt grounded in genuine experience. I appreciated the slow build of connections and the fact that they didn’t always turn out how you might want. But then, this is not a book of wish fulfilment and that aspect worked for me. I also loved the prickly edges to the main character and found myself relating to her– even if she could be practically the embodiment of irritation at times- though I understand why a lot of other readers couldn’t get behind her.

By the end, the storytelling aspect took a meta turn and all the threads came together. I don’t want to spoil anything, yet I don’t know if I could- for Hazel Wood refuses to be pinned down. All I will say is that there are layers of mystery to this book and it will certainly make you think… and then think again. It is most definitely, my kind of book.

Still, I do have a bone to pick with the author: this book was *too* damn good. It was more exciting than I anticipated and I had wayyy too much trouble putting it down. So, thanks for contributing to my insomnia and preventing me from getting work done, because, while I was reading this all I could think was “ach forget it, I need to get back to the Hinterland!” I was simply swept away by the magic of this book and hope you will be too. 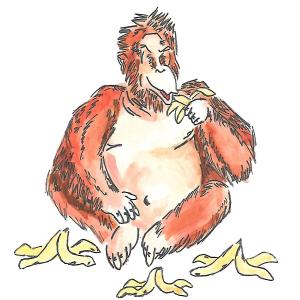 So have you read this? What did you think of it? Do you plan to? Let me know in the comments!