Phew it is hot today- I don’t know how anyone gets anything done when it’s so hot! Resisting the urge to just lounge around all day, I thought I’d follow on from yesterday’s post and talk about sisters in books!

I don’t think sisterly love gets nearly enough attention in books- so today I want to celebrate some of my favourite books that feature sisters (both real and metaphorical) in a big way!  And just a heads up, I won’t be including any creepy long lost identical long lost twins or back or backstabbing biatches here- this one’s all about the positivity (mostly 😉 ): 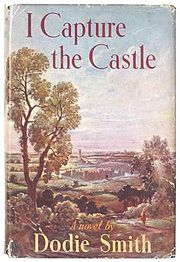 Okay that post ended up going in a darker direction than I intended. Do you agree or disagree with my choices? What book do you think is a great representation of sisterhood? Let me know in the comments below!

And naturally, I dedicate this post to my sister the monkey baby (yes that is her real nickname and no I am not making that up)