So I’ve just got back from the polling station and it was as anti-climactic as ever. But my social media is still a massive battleground…

Now since politics today is probably the most divisive topic out there (because if you don’t agree with me on everything you’re not a real *insert political affiliation* and you are an *insert insult here*) I thought I’d have a relaxing evening and talk about books that people get *really* up in arms over. These are the books with incredibly INTENSE fan bases and detractors- and my goodness- people have fought tooth and nail over them. So without further ado, this is my list of divisive books: 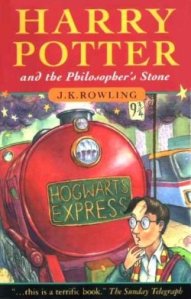 –1. Harry Potter– ooh er- I’m nervous to even put this on the list- which oddly enough is why I have to include it. Because while many of us book bloggers are proud Potterheads or are friends with them, they are some of the most diehard fans out there. They will not brook even one iota of criticism for their beloved books and saying anything less than “the books are perfection and I want to kiss the feet of the goddess JK” is enough to get you excommunicated from bookish communities… Anyone not with them is a muggle and all that jazz. So yeah, Potterheads, I love ya, but you can be a bit scary! 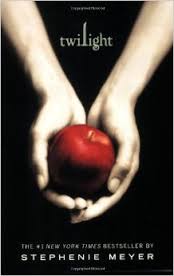 –2. Twilight– I think a lot of people have grown up about this one, so while there are still Twihards out there, they seem less inclined to stab you with a stake if you don’t happen to like sparkly vampires. But the main reason I included this on the list, is because it sparked the phenomenon of not only going after the non-sparkly-vampire-lovers (what’s the term for that? Normal? 😉 ) but also massive in-fighting. Before it was cool to fight over whether you shipped Gale/Peeta with Katniss Everdeen or Stephan/Damon with Elena, there were hordes of teens running round shouting “Edward!” “Jacob!” at each other. (Also “bite me Edward!”- seriously it was a weird time)

–3. Throne of Glass– so this book was a bit of a phenomenon in that first it was really popular to like it and then it was really popular to criticise- I don’t know if that was just me that noticed that? Either way, you guys know I fell in love with this series cos of the characters, but since it wasn’t instalove for me, I can see both sides of this argument. Either way, the reason it’s on this list is because I have seen plenty of passion when it comes to both its fans and its detractors. Fortunately that hasn’t devolved into anything truly nasty.

–4. The Fault in Our Stars– so back when this blew up, I was into watching a lot of booktube, and yes, naturally the youtube comment sections are the cesspit of humanity, but I think this was the first time I saw people giving out death threats over a book. I get that people love John Green, I’ve been there, but man you don’t have to fight all his battles for him. If a few people don’t like his books, it’s no biggie. He’s still a bestselling author and I’m sure he can handle minor criticism from folks on the internet- just sayin’. 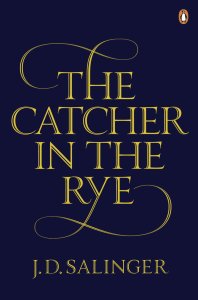 –5. Catcher in the Rye– I had to squeeze at least one classic onto this list. Now I know this gets assigned at schools everywhere in the states, so a huge number of people have read it. What is phenomenal about this book is that *every time* I mention it, I get a chorus of “I love it” “I hate it” in the comments. It has to be one of the most “marmite” books ever- you either love it or you hate it.

(ok that may have just  been the most British reference ever)

Anyhoo- so do you agree or disagree with these choices? What books do you think are very divisive? Let me know in the comments! And can all the Twihards and Potterheads looking to lynch me get in line in an orderly fashion… 😉

Ok, for all you fangirls out there, I’m going to start out by saying I did not hate this book. I just didn’t like it. For the most hyped book of the year, I was expecting so much more. I have to admit I was bitterly disappointed. It’s got to be one of the most overrated books I have ever read.

On top of that- it is fundamentally unoriginal. There are loads of other books about cancer out there and I’m afraid this just did not stand out. Not that I mind unoriginality- but I do expect books that are unoriginal to be better (in some small way) than all the others that have come before.

It was just completely unsurprising. In fact, that was one of my biggest disappointments. The emotional impact of Augustus’ death depended too much on how shocking it was supposed to be- but since I predicted it from the start, his death had no impact on me whatsoever.

Even that would not have mattered so much if I had grown to love the characters, but I did not care for them at all. They do not speak like normal teenagers- or even normal adults. For that reason, I found it impossible to relate to them. And on top of that they all sound exactly the same- like barely differentiated versions of the same person- which just made them seem really unbelievable as characters.

On top of that, the whole book is just far too pretentious and trying too hard to be deep- I mean for goodness sakes, the whole metaphor thing was totally in your face! As with loads of other books that try too hard, (I’m noticing a trend here), it actually ends up being offensive. I’m talking, of course, about the make-out session in the Anne Frank Museum. Sorry to disappoint all those avid fans out there, but this was totally not “okay”. Dying does not give you an excuse to disrespect the dead. And who is John Green to decide what Anne Frank would have wanted? It was just completely tasteless and trite.

Other than that, the plot felt a bit boring and pointless. I feel like one of the main failings of the book is that it began without any hope- the fact that the main character was terminal from the outset made it clear the book wasn’t going anywhere. I expect a book to take me on an emotional journey, not plod along at the same depressing tempo. This book just went nowhere.