I wasn’t actually planning on making this post… Somehow though, I couldn’t let my thoughts rest after talking about why villains are the greatest and I started mulling over which crooks are the very best at being bad guys…

AKA what villains could I not live without? Well, I’m here to tell you which baddies are some of my faves:

Captain Hook– there’s a very obvious reason why I named Hook in the title of this post- he’s probably one of the best villains of all time! (not just because I love the movie Hook) As a man who grew into a tyrant, he is the perfect foil for someone who doesn’t want to grow up at all. There is no better symbol of what a person can become if they let their worst impulses get the better of them. Indeed, what would the world be like without Captain James Hook?!

Richard III– I’m mostly trying to avoid putting anti-heroes on this list, because then I really could go on forever. Still, out of all Shakespeare’s villains, this is the one I find most compelling. I especially wanted to mention him, because I was reading the most incredibly thoughtful post a couple of days ago from Cameron @Here Be Wyverns (seriously recommend checking it out), where he described how you can’t make someone less villainous with a backstory and, well, I thought that’s it exactly. Characters like Richard III are a great example of this- they’re the sort where you see where they’re coming from and yet it’s impossible to excuse their actions. Plus I had to include dear old Richard; he’d have got the hump if I didn’t 😉

Joffrey Baratheon– GRRM has created some of my all-time favourite villains- yet I don’t think there’s any that I loathed more than Joffrey! (and that’s saying, especially since Ramsay Bolton was in the running!) One of the reasons he’s my pick is not only because he’s one of the first big bads in the story, he also somehow managed to get a lot of the action rolling by being such a vicious idiot. Also, as Drew pointed out in my why I love villains list, he’s a very notable villain- this one’s for you Drew 😉 I don’t think I can formulate the words “I love Joffrey as a villain” though- he’s not even remotely lovable.

Cathy Ames– aside from how much I love her introduction, she’s one of the most spiteful, vicious characters in literature. I love to loathe her.

Mrs Danvers– MRS DANVERS IS EVIL. That is all. (Seriously, I’ve hated this woman since I was 10)

The Grand High Witch– I always get the heebie jeebies whenever I think about the Witches- those long nails, bald heads and basically the fact that she’s pure evil made me terrified of her- arghh- like I said I don’t like to think of her!

Dragwena– it doesn’t matter how long it’s been since I read this trilogy, I will always be terrified of the witch characters in Doomspell. With extra sets of teeth and a snake wrapped around her neck, there’s something endlessly ominous about her.

Hollowgast– that name is pretty genius, embodying a period of time and sense of dread, and subsequently demonstrating some of the inventiveness that made this series so powerful for me. I don’t always find myself fearing generic monsters in books, however, there’s something so unsettling about the creatures in Peculiar Children.

Sauron– a lot of people would perhaps argue that Sauron is more of a force of evil and so not the best villain. However, not only is he creepilicious as a dark force overshadowing Middle Earth, having read the Silmarillion now, I can see how fully fleshed out he is, well, minus the actual body 😉

Dolores Umbridge– more sinister than Voldemort, more unsettling than the Dementors, Umbridge definitely takes the biscuit for being my most hated Rowling villain. There are no words to describe how much I loathe this woman.

Smaug!!! I was desperately trying not to include two Tolkien villains- but I can’t help it! I pretty much love all of Tolkien’s baddies, nonetheless, Smaug takes all the gold medals for being my favourite fictional dragon.

And finally some “you know who” villains ie ones that would be spoilery to name: 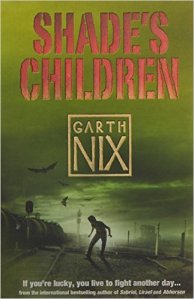 So what do you think with my list? Agree or disagree with any of them? And who are some of your favourite villains? Let me know in the comments!