Hello all! Gosh- I just looked at the date I was first tagged for this and had to double check my blog in case I’d already done it, cos it was sooo long ago. I guess that title says it all: I totally should have done this book tag already! Anyway, huge thank you to the queen of contemporary recs Deanna @A Novel Glimpse, the always awesome Rivermoose Reads and the supremely lovely Sophie @Blame Chocolate!

It’s really hard to pick a standalone where I’d have liked a sequel, but I’m gonna go with I Capture the Castle– it doesn’t need a second one, but I’d just like more.

Totally Should’ve Had A Spin-Off Series 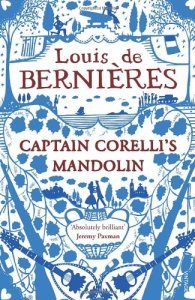 Totally Should’ve Had A T.V . Show

Ooh there are so many books being turned into TV shows, so maybe I can influence someone. I’d love it if the Black Magicians Trilogy was made into a series. And there’s a sequel series- so you know, the series could go on for ages *hint hint nudge nudge* tv producers 😉

Totally Should’ve Had A Film Franchise

Again- I can dream of someone actually listening to this- but how cool would the Shades of Magic series be if it was a film franchise?

(okay I know I asked for two, but both of those would be amazing, and if you don’t ask, you don’t get)

Totally Should’ve Had One Point of View

I think actually Knife Edge- while the first one worked really well with dual perspective, the second one could have done without it (as much as I am in love with this series)

Totally Should’ve Had A Cover Change

When in the history of books has anyone asked for a cover change?! I guess the new Mortal Instrument covers are an improvement (I’ll begrudgingly admit that the old ones needed to be updated).

Hush Hush– why oh why did I bother to finish that series? 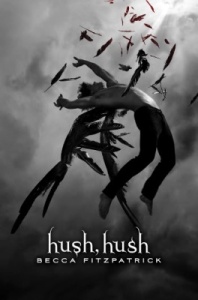 Oh easy!! I woke up one day and my entire Iron Fey series on my kindle changed from this…

I’m sure everyone that hates seeing faces on covers was made happier by this change, but I just don’t find them as interesting to look at. And *I know* I shouldn’t really be upset cos these are virtual books and all… but it was just so sad

Hmm interestingly enough, I didn’t actually have high expectations for Daughter of Smoke and Bone- I’d read *a lot* of books around that time about angels and demons, but they’d all sucked. To say I was pleasantly surprised by it would be a *massive* understatement. I am so glad that I picked this book up anyway, cos this is one of my all-time favourite series now!!

And that’s all folks! Do you *totally* agree with my answers? Or *totally* disagree? Or just *totally* think I need to stop saying *totally*? 😉 Let me know in the comments!